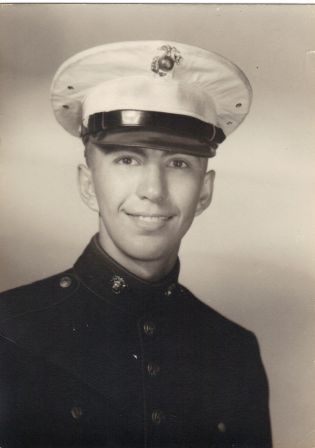 Dad entered the Marine Corps after high school graduation. Was stationed at Pearl Harbor at the end of the Korean War. Sent for his high school sweetheart, my mother, and married her in Hawaii on Jan. 9, 1954. After serving his 4 years, dad went into the reserves for 11 more years. While in the Marines, he played saxophone in the Corps band. Dad was diagnosed with ALS in November 2005. He now enjoys his retirement surrounded by family that includes 4 children, 10 grandchildren, and 6 great grandchildren. Dad likes to say that he is "living with ALS, not dying from it."