Communication devices are referred to as “AAC”. The term “Augmentative/Alternative Communication” (AAC) refers to any mode of communication other than speech. When Medicare began paying for communication devices in 2001, they decided to refer to AAC devices as SGD’s—Speech Generating Devices. The acronyms are interchangeable. AAC covers a range of devices from low tech symbol or picture boards to high tech electronic devices with synthesized speech. Although the same systems can be used for either augmentative communication or alternative communication, there is a difference between the two. Augmentative systems are used by people who already have some speech but are either unintelligible or have limited abilities to use their speech. In such cases, other modes of communication, such as an ipad or voice amplifier, are used to support, or supplement what the person is able to say verbally. Alternative communication is a term used when a person has no speech. These people must completely rely on another method to make all of their ideas, wants, or needs known. Electronic communication devices can be used by anyone that cannot make themselves verbally understood.

Communication devices can be accessed several ways. The term “access” refers to the way the individual will operate the communication system. For example, one individual may be able to type, while another individual may communicate through eye movement. An access method for an individual may change as their disease progresses. If a patient can no longer use their hands to type, they would need to use a switch. A switch can be connected to an electronic communication device and acts as a control unit. When activated by only one touch or movement, the switch sends a command to the communication device to start or stop. Switches may be activated with any part of the body, including hand, foot, cheek, eyebrow, eye blink, elbow, knee, etc. A switch is chosen according to a patient’s physical motor capabilities and should be chosen with the thought in mind that ALS is a degenerative disease and motor function will decrease as ALS progresses.

For more sophisticated computer access there are several eye gaze computer systems on the market. These high priced specialty computers rely strictly on eye movement for activation. This type of equipment is only used by people that have little or no muscle movement left on their bodies. A camera is placed below the computer monitor that tracks your retina movement. Special software is loaded into the computer and allows the user to have full access by simply moving their eyes around the screen.

Voice output on an eye gaze device is either digitized or synthesized. A digitized voice utilizes recorded human speech. Synthesized speech devices use computer-generated speech. Digitized devices, although more “normal” sounding, are limiting because they can only say the words or phrases programmed on the device. They do not allow for free- thinking. Synthesized devices allow the user to have pre-programmed phrases or words and also have the ability to spell out novel thoughts.

In the past, communication devices were not a covered item under insurance policies. In 2001, Medicare announced they would cover of cost of these devices. After that, most private insurances followed suit. This equipment ranges around $10,000-$25,000.00. Producers of eye gaze systems are Tobii-DynaVox, Prentke Romich Company, Talk to me Technologies, and Smartbox-Assistive Technology. 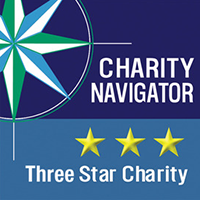