Skip to main content
Impact Story from the Florida Chapter

"The Fireworks Went Off" - Veterans Day 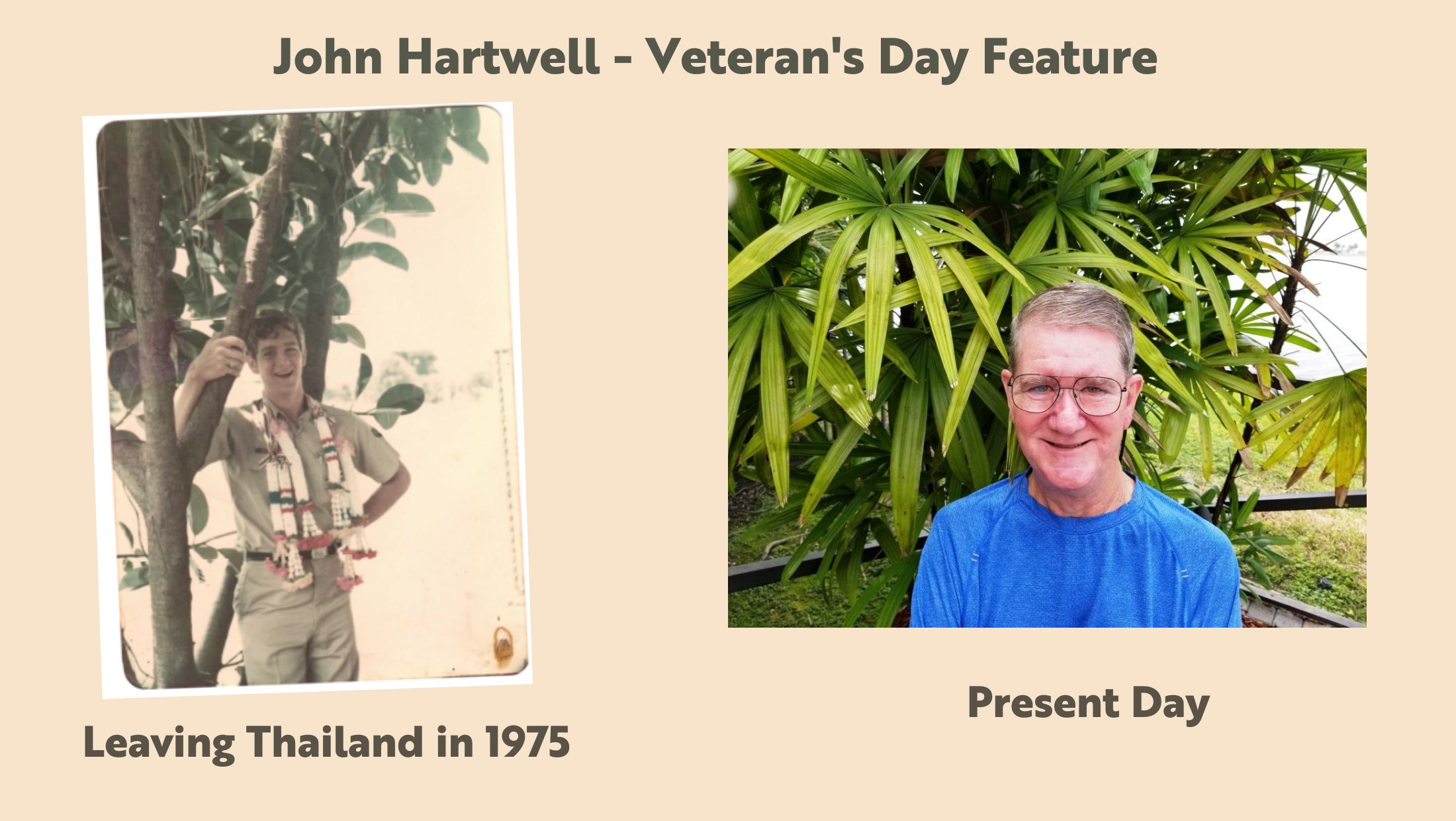 John Hartwell started attending the multidisciplinary ALS clinic at the University of Miami in February 2017, where a Regional Program Manager from The ALS Association Florida Chapter serves as a clinic liaison/representative.

After discussing all of the support groups and services The ALS Association Florida Chapter provides, she asked John if he was a veteran.

"When I responded yes, it was like fireworks went off. She suggested that I contact the VA, as they had many programs that could benefit me."

Statistically, veterans are twice as likely as the general population to have ALS, regardless of their branch of service or when and where they served. We don't know why, but ALS researchers are working hard to find out.

Thankfully, the VA considers any veteran with ALS as having a 100% service-connected disability. Benefits include:

John Hartwell served in the US Air Force from September 1971 to September 1975 as a medical laboratory technician. In 1975, his last station was at Korat Air Force Base in Thailand with the 388 USAF Hospital Squadron. It was the nearing the end of the conflict in Vietnam, and thankfully, he stayed far behind the lines and never saw or treated any battle casualties.

Fast forward to 40 years later, and Hartwell found himself in a completely different hospital setting, this time with muscle spasms in his left hand - an early sign of ALS.

"Although annoying, it didn't really bother me, and I considered it more like a cramp than anything else.  Not long after, similar symptoms affected my right hand."

Symptoms continued sporadically, but John didn't put much thought into it - especially since he wasn't in any pain, and his chiropractor simply suggested he up his calcium intake. However, when he ordered blood tests in August 2015, his calcium levels came back normal.

In May 2016, John was building a prop for his daughter's wedding and did not have the strength to hold a ladder. "Knowing something was definitely wrong, I scheduled an appointment with a neurologist the following week," John said.

The first neurologist he met with observed him shirtless for 10 minutes while watching the muscles twitching in his arms and chest. Before the neurologist even mentioned his opinion, he told Hartwell to get his affairs in order in under two years. At that point, John told his wife, Linda, that the outcome was not looking good.

After a MRI and additional nerve test, John got the news that he had ALS. His first step was making an appointment at the University of Miami ALS Certified Treatment Center of Excellence where he met with Dr. Verma, who provided the second opinion for an ALS diagnosis.

John also mentioned that he was a veteran to Dr. Verma, who connected him to a trained neurologist at the VA. The VA also referred him to The Paralyzed Veterans of America.

John's grateful for all of the support from The ALS Association Florida Chapter, The University of Miami Certified Center of Excellence, Veterans Affairs, and The Paralyzed Veterans of America.

"There might not be a cure for ALS, but they definitely will change your life for the better."

There is a plethora of support surrounding John and his family for his service to our country.

"Fireworks do go off when our care services team learns that people who come into the ALS clinic are veterans, because we know they will be well taken care of," said Jessica Collins, Care Services Director at The ALS Association Florida Chapter.

If you are a veteran (or caregiver to a veteran) interested in support, contact a Regional Program Manager to connect you to the same resources John Hartwell is connected with.

Thank you to all veterans for their service, and for all caregivers who support their beloved veteran every day.