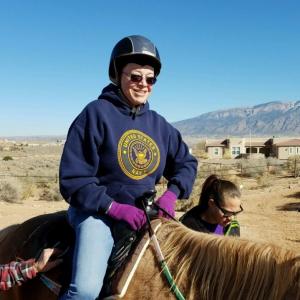 You may know the old saying “ship shape.” In many ways, that old reference to order and fitness defined Yvette Wilson’s life. She joined the United States Navy immediately after high school and the discipline that experience gave her has shaped her life in many ways. Even after she left the Navy, she lived an orderly life, blessed with good health and a loving family in Albuquerque, New Mexico.

All signs pointed to a wonderful future, until one day she started experiencing a heaviness in her feet. "Just a little over four years ago, I started experiencing some problems," she said. "My feet were getting a little bit heavy. They were dragging, and I started feeling like I was walking in mud.” After several months of doctor’s visits and tests, she was delivered the news she never expected to hear, “You have ALS.”

Since her diagnosis, Yvette has learned that veterans like her, no matter which branch of service or location where they served are up to two-times more likely to be diagnosed with ALS. “ALS is a disease of constant loss,” she said. “The ability to walk, to hug my children, to feed myself, to breathe without assistance. It’s also a disease that carries a severe financial burden for families – and creates stress for entire families.” 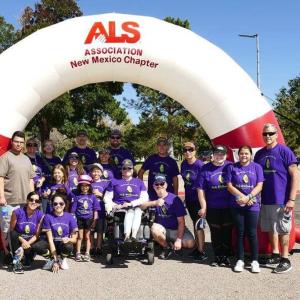 As a veteran – and as a mom – she has a tremendous fighting spirit. She is determined to live her best life and help spread awareness of this terrible disease and funds to help further research for a cure. “I’m not giving in to ALS without a fight,” she said, so she has become continually active with The ALS Association and the ALS community.

The ALS Association is deeply invested in helping empower veterans and their families by advocating for policies such as The Justice for ALS Veterans Act. This bipartisan legislation extends benefits to the surviving spouse and family of a veteran who has passed from ALS, regardless of how long the veteran had lived with the disease.

Currently, veterans who are living with a service-connected disability, including ALS, are only eligible for increased compensation if the service-connected disability was rated a total disability for a continuous period of at least eight years immediately prior to death. Unfortunately, the average life expectancy of a person with ALS is only two to five years from the time of diagnosis. The Justice for ALS Veterans Act would automatically provide increased compensation to the surviving spouses and families of warfighters who have passed away from this disease.

Yvette also wants others, especially veterans, to listen to their bodies and follow up with doctors to make sure they receive help early. ALS is not curable, but there are options to try to give people diagnosed a little more time to live. She said that while most cases affect men, she would like for women to be aware of the disease as well. "Not many people think about women, let alone veterans that are women that have ALS," she said. "And we're growing in numbers."

In honor of Veterans Day, you can help with the push of a button. Visit The ALS Association Advocacy Action Center and let your elected representatives in Washington, DC, know that you support legislation to help veterans affected by ALS. You can read more about ALS in the Military on our website HERE.