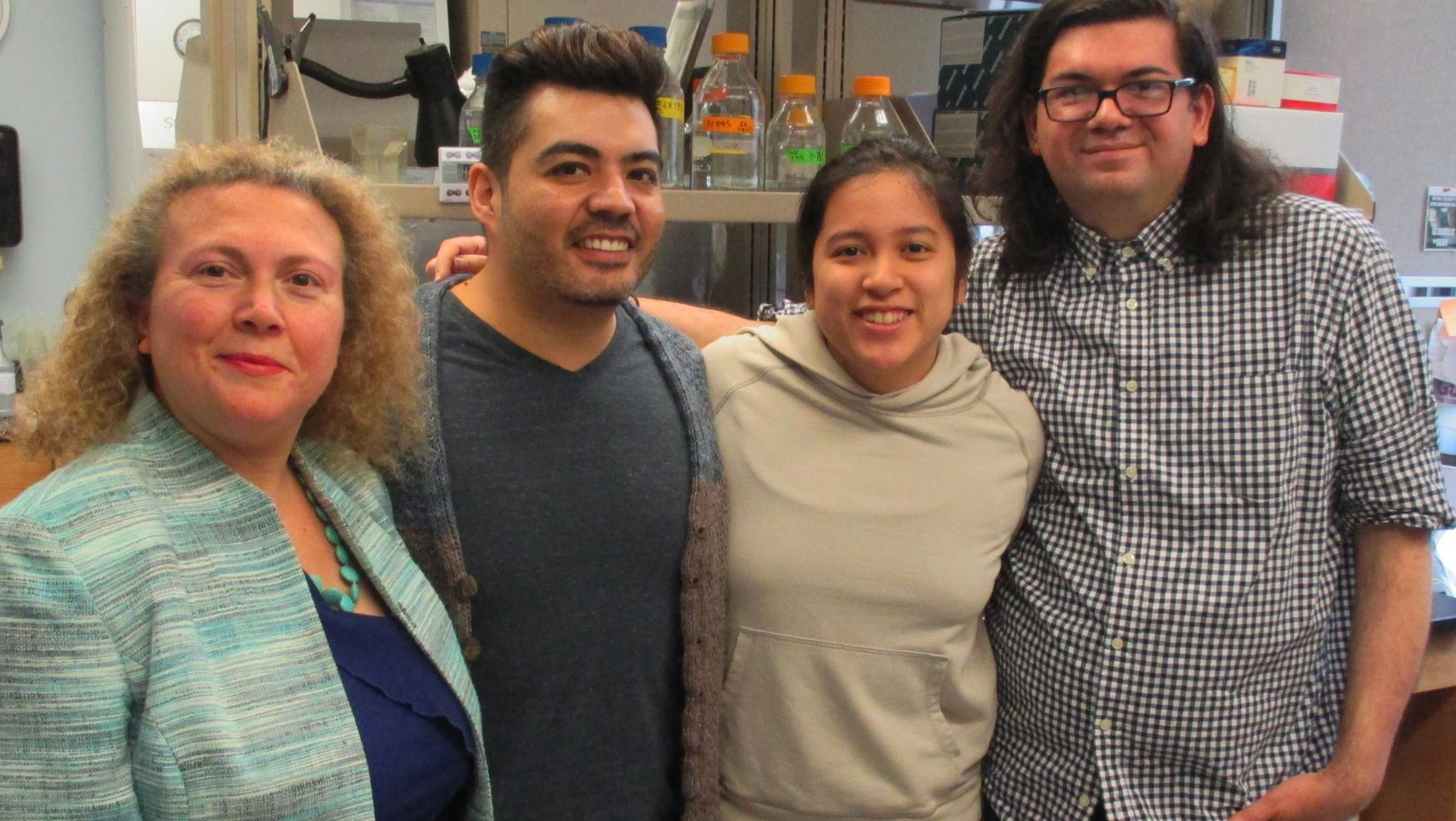 ALS is characterized by the progressive loss of motor neurons – both upper motor neurons (UMNs) and lower motor neurons (LMNs). Within the ALS scientific community there has been a debate how UMNs and LMNs contribute to disease. Dr. Ozdinler and team from Northwestern University's Feinberg School of Medicine in Chicago recently published a paper in Scientific Reports, a high impact journal published by Nature, further solidifying the important contribution of UMNs to disease specifically in people living with ALS. The ALS Association is pleased to support Dr. Ozdinler’s studies that contributed to this important paper.

Betz cells represent the largest type of UMN in the cerebral cortex (in the brain) and their degeneration is a hallmark of ALS. Their axon can be more than a meter long in some people. Their job is to “receive, integrate, translate and transmit” messages from the cerebral cortex of the brain to the spinal cord. That message is then picked up by LMNs in the spinal cord, which project to muscles in order to initiate voluntary movement.

Previous studies have suggested the following: UMN degeneration and death is just a consequence of LMN loss, and UMN death does not directly contribute to ALS disease. Recent studies by Dr. Ozdinler and others contradicted these theories by showing UMN defects in numerous mouse models, suggesting that UMNs play a significant role in ALS disease.

In this study, Dr. Ozdinler and a team of researchers including Dr. Bariş Genç, Dr. Javier Jara and Amiko Lagrimas took this to the next level by testing whether UMN degeneration played a role in ALS disease in humans. Specifically, they looked at and compared brain tissue (primary motor neuron cortices) isolated from people with familial ALS (fALS), sporadic ALS (sALS), ALS with frontotemporal degeneration (FTD-ALS), Alzheimer’s disease and healthy people. They found that Betz UMN cells are only degenerating in people with fALS, sALS and FTD-ALS, not healthy people or people with Alzheimer’s disease. Specifically, the UMNs presented as unhealthy with evidence of vacuoles, which are a hallmark of motor neuron degeneration. See image below.

Their team is now more than ever determined to focus their attention to the UMNs as a feasible cellular target for improving disease pathology in people living with ALS.

The ALS Association was proud to fund Dr. Ozdinler’s research in the past, which led up to this study. Also, we have proudly supported Dr. Jara as a Milton Safenowitz Postdoctoral Fellow and as an Investigator-Initiated Starter grant awardee through our TREAT ALSTM grant program. We look forward to hearing more progress from Dr. Ozdinler and team in the future!