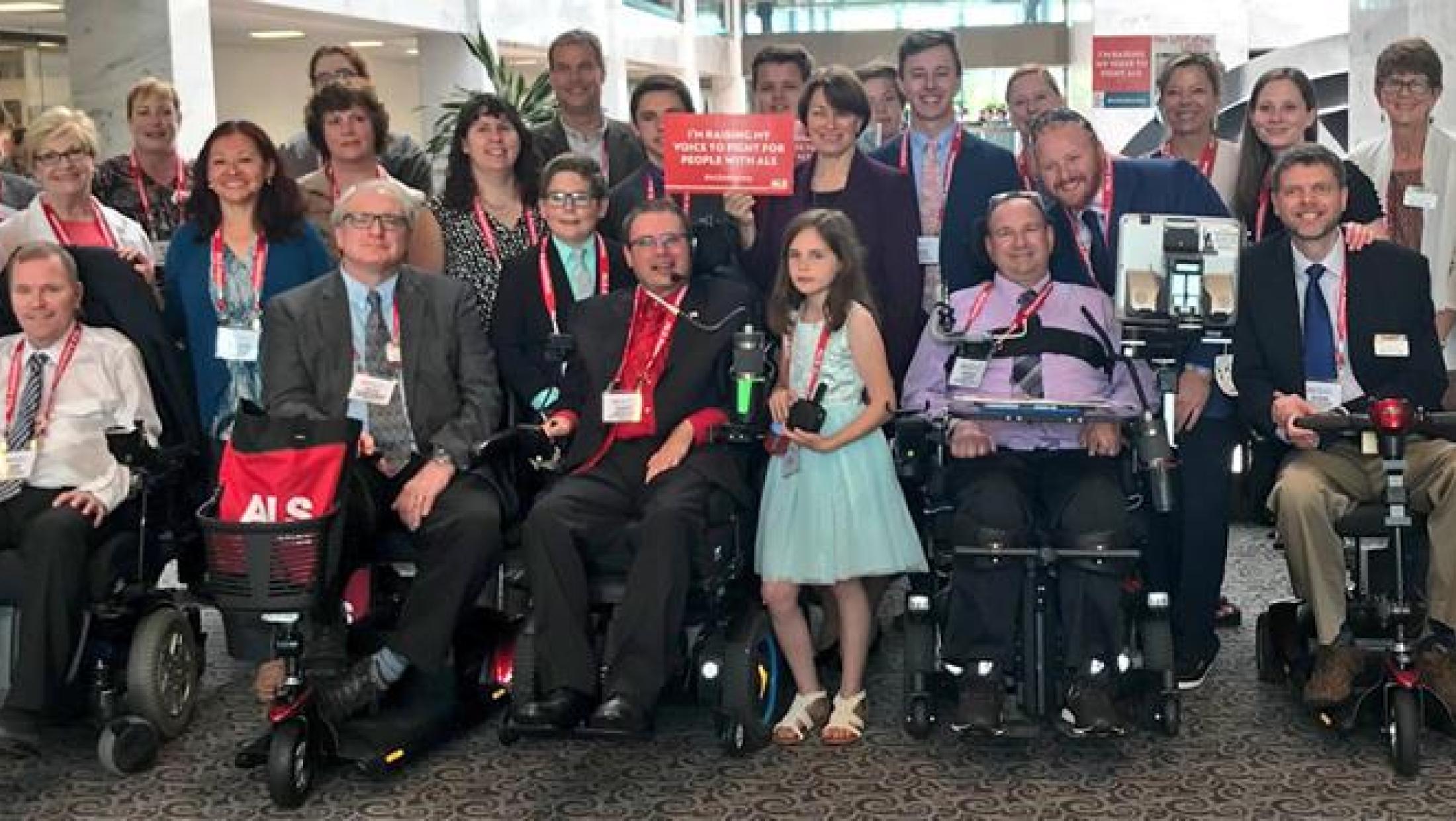 We need your help! Now is the time to urge your representatives and senators to waive the five-month waiting period for Social Security Disability Insurance (SSDI) benefits for people living with ALS.

Under current law, people disabled with ALS who qualify for SSDI must wait five months before receiving SSDI benefits. Every patient must wait regardless of the level of disability or how fast the Social Security Administration (SSA) approves their claim.

The ALS Disability Insurance Access Act (S.379/H.R.1171) would eliminate that five-month waiting period for people with ALS to receive SSDI. People with ALS would receive their SSDI benefits immediately after being approved by the SSA.

If you aren’t already part of our community of 16,000+ ALS Advocates, please join us today in asking your members of Congress to co-sponsor the ALS Disability Insurance Access Act (S.379/H.R.1171) now!

There’s a very strong precedent for this action.

In 2000, The ALS Association won Congressional passage of a bipartisan bill that waived the required two-year waiting period for people with ALS before becoming eligible for Medicare benefits. As a result, people living with ALS can immediately get Medicare as soon as they begin receiving SSDI benefits.

Despite this precedent, passing legislation takes years of advocacy, coalition-building, and asking members of Congress for their support. The ALS Disability Insurance Access Act was first introduced during the 114th Congress, and thanks to the continued advocacy of the ALS community, four senators and 31 representatives sponsored the reintroduction of the bill in the 115th Congress – a testament to the broad support for the legislation.

The impact of advocates on the legislative process can’t be overstated. Throughout 2017, more than 875 advocates sent nearly 1,000 messages to Congress asking them to co-sponsor the bill, resulting in 26 Senators and 109 Representatives signing on by the end of that year.

Even with this momentum, after the start of 2018, only seven new co-sponsors were added to the bill; that is, until the 2018 National ALS Advocacy Conference this past May.

Support for the ALS Disability Insurance Access Act spiked following the 2018 National ALS Advocacy Conference. More than 500 ALS Advocates flooded Capitol Hill on May 15, 2018, to cultivate support for the Act and continued funding for ALS research from Center for Disease Control and Prevention’s National ALS Registry, the Department of Defense’s ALS Research Program, and National Institutes of Health.

Momentum continues to build for waiving the five-month waiting period for people with ALS to receive SSDI benefits. Currently, more than 30 percent of Congress supports this legislation: 32 senators and 148 representatives are co-sponsoring the bill.  That’s more than twice the support the bill received in the 114th Congress in the House of Representatives.