We are deeply sorry to share that Pat Quinn passed away today. Pat was co-founder of the ALS Ice Bucket Challenge and an inspiration to millions of people around the world.

Pat was diagnosed in March of 2013, a month after his 30th birthday. Immediately after he was diagnosed, he decided he wanted to make a difference in the ALS community. Taking a cue from his friend, the late Pete Frates, Pat established his own team of supporters – Quinn for the Win – to raise awareness and funds for the fight against ALS.

Pat, who lived in Yonkers, NY, saw the Ice Bucket Challenge on the social media feed of the friends and family of the late Anthony Senerchia, of Pelham, NY, and knew it was the key to raising ALS awareness. He and his Quinn for the Win supporters, along with Pete Frates and his Team Frate Train supporters, turned the challenge into the biggest social media phenomenon in history.

The Ice Bucket Challenge went on to raise $115 million for The ALS Association and over $220 million around the world for ALS research. It dramatically accelerated the fight against ALS, leading to new research discoveries, expanded care for people living with ALS, and significant investment from the government in ALS research.

In 2015, The ALS Association honored Pat, Pete, and Anthony as “ALS Heroes” at our annual Leadership Conference, an award given to people living with ALS who have had a significant positive impact on the fight against ALS. Anthony passed away in 2017 and Pete passed away in 2019.

Following the Ice Bucket Challenge, Pat took advantage of every opportunity he could to raise awareness of ALS, speaking to groups large and small. He raised awareness of the effects of ALS on a person’s voice and the importance of voice banking through “Project Revoice,” which was seen by millions around the world. He continued hosting an Ice Bucket Challenge in his beloved Yonkers every year (“Every August Until a Cure”) and he started a social media campaign encouraging everyone to “FindUrSmile.” He also starred with NFL legend Terry Bradshaw in a television public service announcement that has aired more than 63,000 times nationwide.

Pat fought ALS with positivity and bravery and inspired all around him. Those of us who knew him are devastated but grateful for all he did to advance the fight against ALS.

At the 5th anniversary of the Ice Bucket Challenge, Pat spoke to a crowd gathered in Boston. We thought some of his own words from that day are the best way to remember him:

Time is a funny thing. Everything can change in an instant, or nothing can change for decades. You never know what life will yield. It’s important to take every moment and live in a way that moves you, moves others. Make your time here purposeful and authentic.

I can’t believe five years has passed since the Ice Bucket Challenge broke down the barriers to a disease that people turned a blind eye to for centuries.

Nobody knew the Ice Bucket Challenge would become a worldwide phenomenon, but we united as one because that is what it takes to change a disease like ALS. The Ice Bucket Challenge connected with a sweet left hook to the jaw of ALS and shook the disease up, but by no means is this fight over. We need to knock this disease out.

Once again, we need to challenge the world to rally behind our fight. When the Ice Bucket Challenge happened, I was walking, talking, eating, and even breathing on my own. You can see what ALS does. Don’t look away.

The disease has taken my ability to walk, taken my ability to talk; I now eat through a tube in my stomach; and I wear a mask to a breathing machine that literally keeps me alive. I would be dead without it, because that is what ALS wants. It’s going to attack until one of us loses.

But guess what: I’m not losing. I also don’t plan on just living. I plan on continuing to inspire the world to find their smile. Life is too amazing for me to let this disease get in the way. What makes one truly alive is not just living. It’s the way in which we live.

ALS is horrific, but there are warriors all over the world unwilling to accept it as a death sentence. Today, I’m here to let those patients and their families know we will never stop fighting for them. We will never stop fighting together. I will not leave this Earth until I know the next person diagnosed with ALS has a real plan to live with this disease, not just die from it.

I was diagnosed with ALS back in March 2013. It’s been an absolute battle to still be here today. You may find this hard to believe, but I wouldn’t trade my life for anything. I sit before you today happy, excited for the future, in love, cherishing my family and friends with no end in sight. ALS can knock me down as many times as it wants, but this stubborn Irish SOB will never stop getting up, and I know there are so many people out there thinking the same thing. United we can defeat ALS.

Thank you to everyone who participate in the ALS Ice Bucket Challenge and continues to support our fight.

I am forever grateful to you all. Thank you.

Our thoughts are with the Quinn family, the Quinn for the Win team of supporters, and everyone who knew and loved Pat. He will continue to inspire all of us. 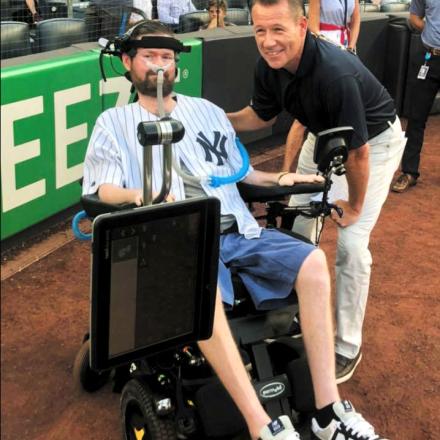 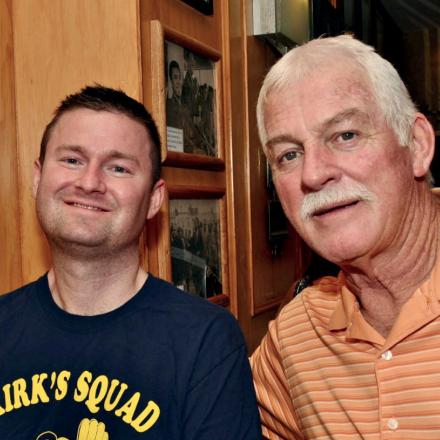 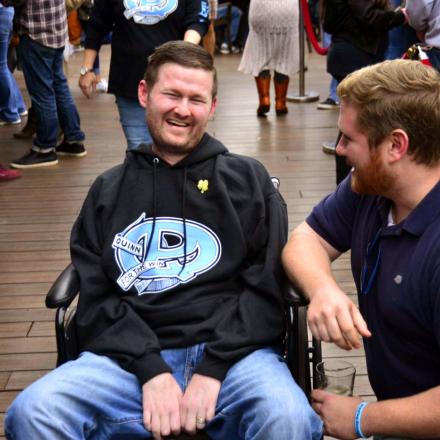 I worked with a 31 year old man with 3 beautiful young daughter 2,3,6 and when he was diagnosed he died 8 months later.prayers to everyone fighting als