Raising Money and Awareness Through Music 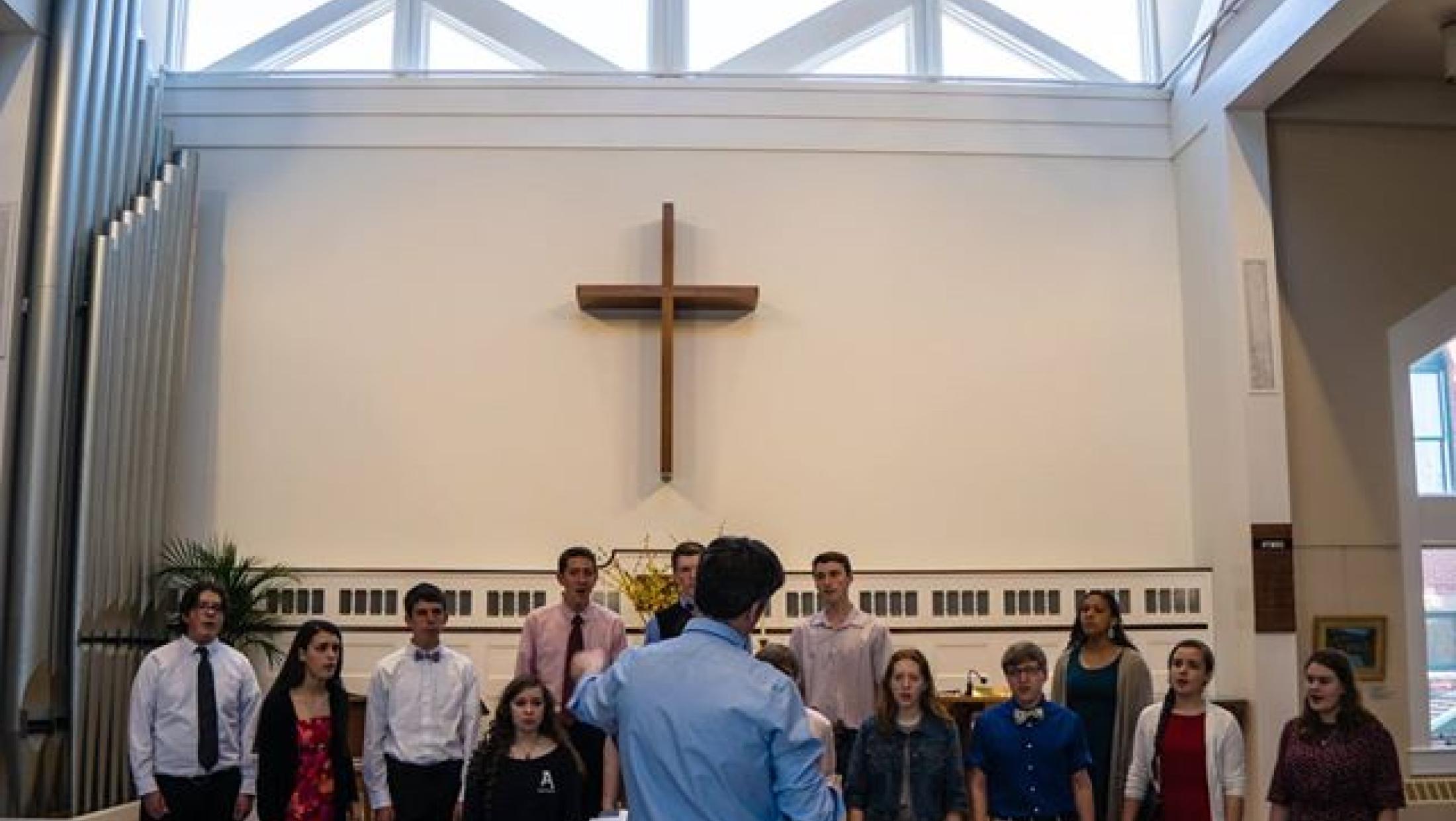 William Gunn is currently the Director of Music at Plymouth Regional High School in New Hampshire where he directs the Concert Band, Jazz Band, Concert Choir, and Chamber Singers. William is a free-lance pianist and also sings regularly with the New Hampshire Master Chorale.

It was almost a year ago that I fell in love with Jane Babin’s poetry. Her son, a former student of mine, had given me her book Pearls in the Pond a few months after she had passed away after an eleven year battle with ALS (Lou Gehrig’s disease). I found myself immersed in her poems, lectures, thoughts on life and mortality, and coping with her disease.

In January, I commissioned another former student, a freshman music composition major at Ithaca College, to write a choral piece set to one of Jane’s poem. Her son was in chorus and band for his entire high school career, so I couldn’t think of a better way to honor her words by setting it to music. Jane’s sisters would often tell me that she loved watching videos of him in the concerts. In conjunction with this commission, the entire choir has teamed with The ALS Association of Northern New England to raise money and awareness for ALS throughout the semester.

Amy Coyne, fundraising director for the New England Chapter, also came into classes in March to talk to students about the work that The Association does to not only contribute to ALS research but also to provide care and services for people with the disease.

Students serenaded the school with singing Valentine's on February 12.  Students would pay $2 to have a group of chamber singers interrupt class to serenade a high school sweetheart. The student raised over $300 with that project alone. As part of our winter carnival, the students paid to vote for their “favorite” teachers to participate in an ice bucket challenge. With freezing teachers on the Friday before February break, the entire school helped to raise almost $200.

Members of the choir have been selling red bracelets during lunches and our annual health fair to help raise additional money and awareness. Finally, the PRHS Chamber Singers collaborated with the Plymouth Congregational Church as part of their “Music Sunday” service to talk about the project.

This commission has brought a new meaning to the purpose of music education in our schools. Not only are we teaching about performing and singing, but also philanthropy and connections to the outside world. Several students have commented on how they have had other friends or family members who have been affected by this disease.

The PRHS Choir will be premiering Ian Soderberg’s new piece, Time, on May 17 at their spring concert.  To contribute to the project, visit http://webnne.alsa.org/goto/concertforacure.