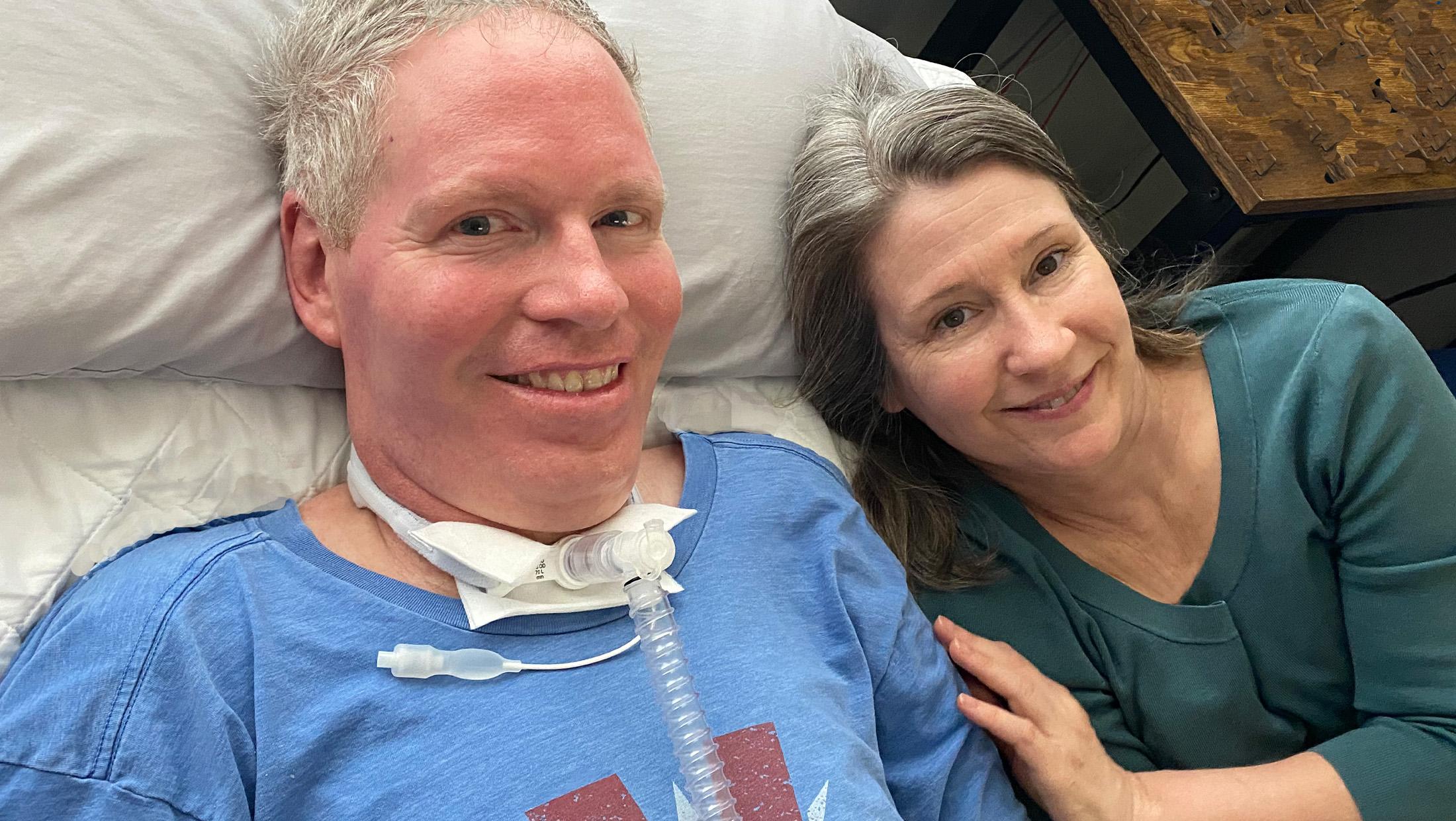 When Pat Dolan was diagnosed with ALS in July 2016, he knew the life he thought he had planned would be forever changed. He and Mara, his wife of 24 years, enjoyed many of their favorite activities: hiking, traveling and finding the perfect IPA. Surely ALS would now alter their path.

Pat was a former solutions team lead at Esri, a geographic information system (GIS) company, and spent his 25-year career in GIS creatively using mapping technology to solve real-world problems in the utility industry. Forced to retire in 2018 due to the progression of his disease, he had no idea where his passion for mapping and data would take him.

“After my diagnosis, I wanted to bring GIS to the ALS battle, but wasn’t sure where to start,” says Pat. During a quarterly ALS clinic visit, he and Mara learned how far people were traveling to attend the ALS clinic. He recalled one couple being forced to drive 170 miles from Bakersfield, California, to Loma Linda every three months to receive the closest clinic care available while another woman drove herself 80 miles round trip. “That experience led me to map the ALS clinics to understand access to care and identify the underserved communities.”

Joining forces with friends and former colleagues at Esri, Pat set out to develop an ALS Clinic Locator, a resource that would enable the ALS community to locate ALS multidisciplinary clinics via city or ZIP code. “I wanted to bring information together by geography to discover patterns and relationships that could improve care, accelerate research, and advocate for the ALS community. There is so much information about ALS, but it hadn’t been organized by geography, which is what I did for 25 years in the utility industry,” says Pat. 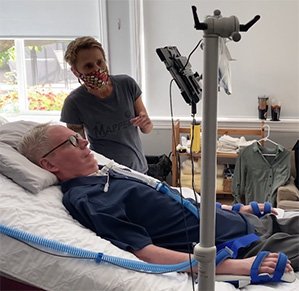 Although Pat’s disease progression began to make things more difficult, he was determined to make his dream a reality. “The first challenge was transitioning from using my hands to my eyes to work my computer,” he said. “It was very frustrating at first because something that I could do in a second with my hands now took 30 seconds with my eyes. It doesn’t sound like much, but when you have 100 clicks to do a task it adds up quickly.” Over time he became more proficient and while he typically prides himself in doing the technical work himself, he learned to pass off certain tasks to his colleagues who were willing to help to save time and prevent eye exhaustion.

The next challenge he was forced to overcome was communication. “Trying to have a technical discussion with your eyes can be very challenging at times, especially for those I am communicating with,” said Pat. “They must be patient while I type out my response and not change the topic while I respond.” Fortunately, his colleagues have been understanding and will typically send him questions prior to his meetings so he has plenty of time to prepare. They also attend meetings with him to help explain their work with other organizations.

Pat and his team released the ALS Clinic Locator & Survey this year and have been working closely with ALS organizations, including The ALS Association, to bring attention to this valuable new tool and to find ways help provide greater access to its capabilities. “Our hope is this new locator tool will offer our community an easier, visual option to search for ALS clinics near them. Instead of scrolling through a long list, someone can use the map to do a search based on their location,” says Maureen Clark, director of business intelligence at The ALS Association. “Finding new ways to make lives easier and ensure access to care for the families we serve will always be a priority for us.”

“Unfortunately, my ALS journey has followed the same path as Lou Gehrig in 1939, the loss of movement, the ability to eat, speak, and breathe on my own,” says Pat. “Fortunately, technology has allowed me to continue my GIS career, which has given me the opportunity to serve the ALS community.”

Special thanks to Pat and Mara Dolan for allowing us to share their inspiring story with the ALS community.

Give Now to Help Families Living with ALS
Your tax-deductible donation will support care for families living with ALS and help fund research for new treatments and a cure.
Donate Now
Like 1
Dislike 0

My dear brother was diagnosed 3 weeks ago. My heart is broken in a million pieces. He lives in Guatemala City and I’m afraid they don’t have the same care they do here in the US.

After losing my dear Mother on 1977, I and a few others got the
ALSA in W. Pennsylvania started and fund raised and volunteering for 20 years. I planted a lot of seeds that grew into what it is today. I was also elected to the National Board for 2 terms by my peers. i love to see what AALS cn do for patients.

My son was a young doctor when he was diagnosed with ALS. The
doctors gave him 2-3 years. He lived 11 years, getting progressively worse. He, too used the eye based computer and continued sending medical questions weekly to the doctors studying for the Medical Boards. All doctors in the hospitals answered the questions. He was an amazing person. This is the saddest disease for patients and families. We miss him so.