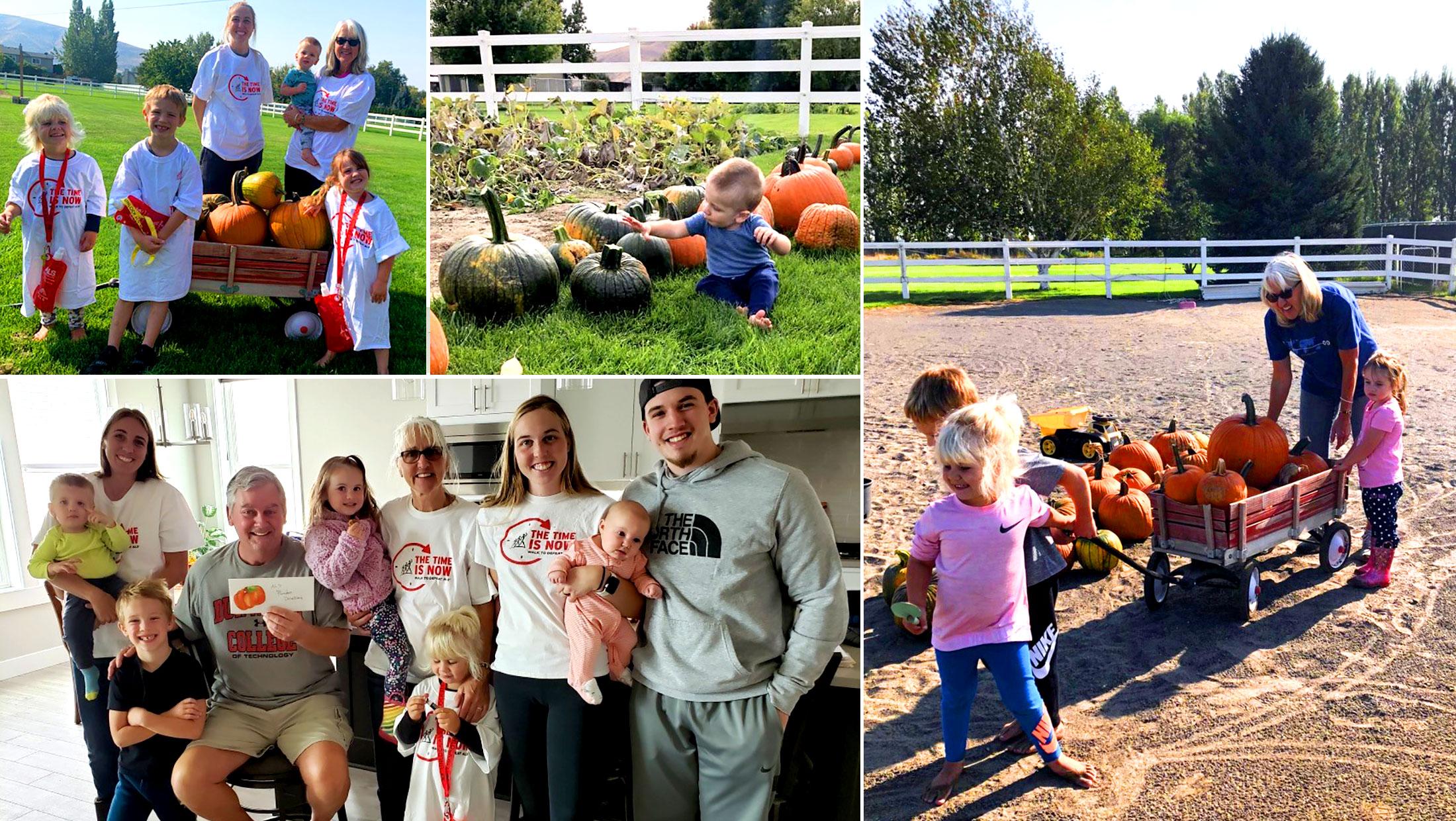 An Inspiring Story of One Family’s Fight Against ALS

Gail and Paul Dotson wanted to donate to their friend Dave’s Walk to Defeat ALS® team, Pam’s Pals. They came up with an idea to include their whole family, especially their grandchildren: five-year-old Braxton, and three-year-old girls, Emma and Rosie. The Dotson’s grew pumpkins all summer and engaged their grandchildren in the harvest, sale, and donation process. While harvesting 50 pumpkins, they explained to the grandchildren that they would sell them and donate the money to The ALS Association Evergreen Chapter as their way of “walking” for the Walk to Defeat ALS® this year.

Dave started his team Pam’s Pals, in honor of his late wife, Pam Foucault. Dave and Pam started dating as teenagers and were married for 38 years. After fighting ALS with grace and determination for two years, Pam lost her battle with familial ALS in 2015. Dave remains active with the Evergreen Chapter serving as a board member, walk team captain, and helped establish the Kadlec ALS Clinic in Richland, WA.

On the day of the pumpkin sale, the children were donned in their oversized Walk to Defeat ALS® shirts and were given ALS lanyards and water bottles. They were so excited to be dressed up and have new gear. They pulled their pumpkin wagon around the block, ringing doorbells and selling pumpkins. Gail says, “It became hilarious because they spent more time drinking from the water bottles than they did loading, walking, or ringing doorbells.” When they made it back home, they put the remaining pumpkins up for sale in their neighborhood Facebook Marketplace and in less than an hour, they had sold them all!

Gail and her daughters, Amy and Gretchen, interviewed the kids when the project was finished. Emma, Gretchen’s middle child, was a bit bashful but spoke in paragraphs about her thoughts and feelings. Amy’s daughter, Rosie, was full of enthusiastic energy, yet brief with words throughout the process. Braxton was the hardworking big brother and cousin throughout it all. Here is what the kids shared about their ALS pumpkin adventure:

On growing & carry for pumpkins:

Emma: “We took care of the pumpkins and I liked watering the plants, but my hands got dirty.”
Rosie: “I like the orange ones best!”
Braxton: “Growing the pumpkins was fun. They are orange, big, and I wanted pumpkin pie.”

On harvesting the pumpkins:

Emma: “We cut pokey stems then put them in a pile to put in the wagon.”
Rosie: “I’m not big yet (so she couldn’t carry the big pumpkins).”
Braxton: “It took a lot of work to pick them. It took all my muscles to get them piled up.”

What did we do with the pumpkins?

Emma: “We put them in a wagon with our ALS shirts and went to the neighbors. I was a little scared when ringing doorbells, but happy.”
Rosie: “Selling pumpkins to our neighbors was fun! Pumpkins to help people!”
Braxton: “My favorite part of selling was pulling the wagon.”

On donating the check to Dave:

Emma: “I am happy to give Dave our money. I like talking to Dave. I got to see his pretty wife, Pam, in the picture.”
Rosie: “The pumpkins help people.”
Braxton: “I felt great and happy giving Dave money.”

All in all, the family raised $325 selling pumpkins and delivered the check to Dave. Dave says this made his day and wanted to share this story of a different, but profitable way to Walk to Defeat ALS®.

Special thanks to the Dotson family and The ALS Association Evergreen Chapter for sharing this heartwarming story with us, we are proud to have them on our team in the fight against ALS.