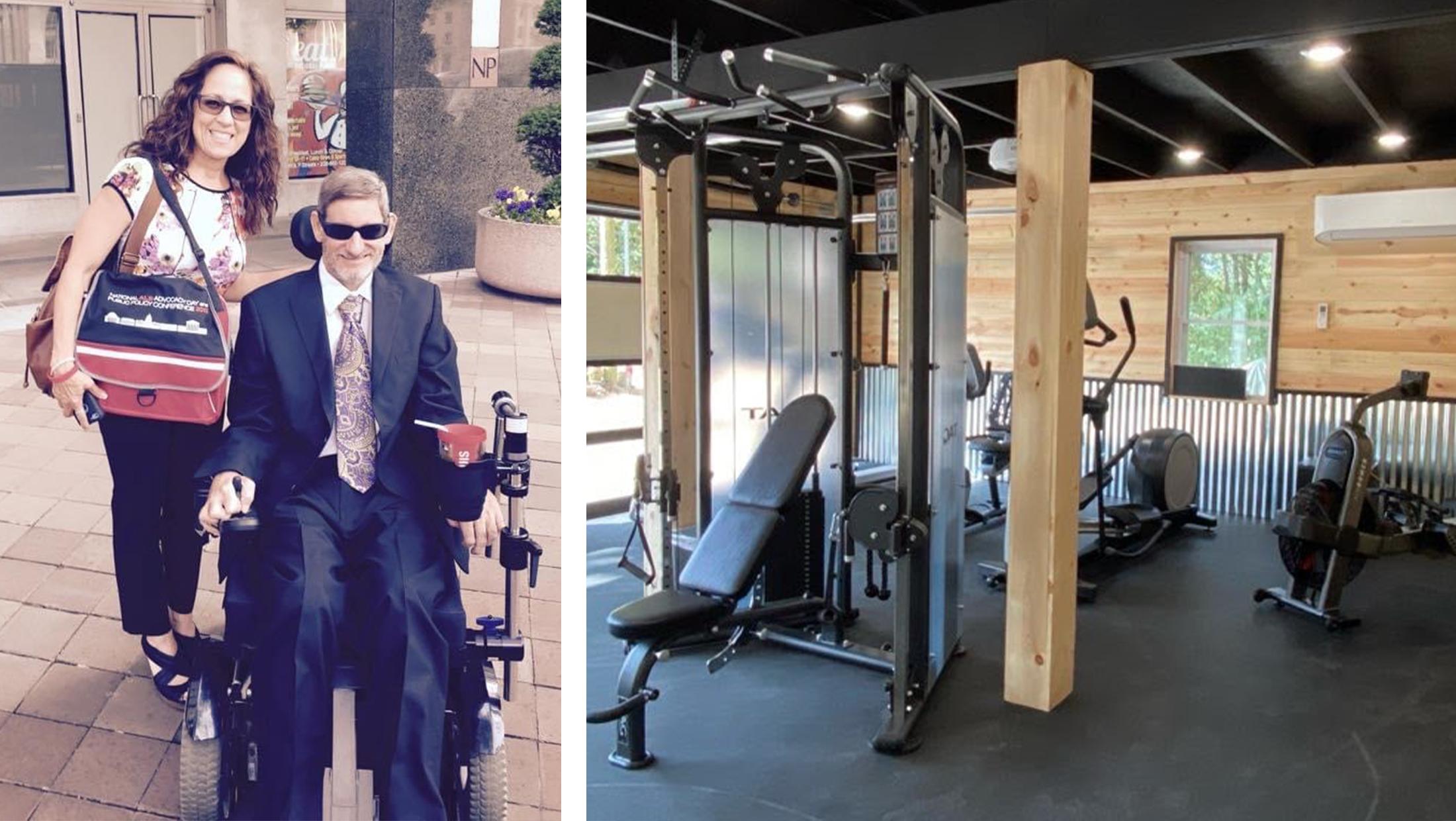 But what if you combined the two, and in combining the two you were able to enhance both roles, all while facing a global pandemic? That would be something you might need a personal trainer to have the stamina to face.

Marijo and Terry Swinnen celebrated their 37th wedding anniversary in November. But it was just before their 5th wedding anniversary when they learned that Terry had ALS. While they were told to get their affairs in order in case the disease progressed quickly, Terry’s progression has been slow, allowing Marijo, Terry and their two sons to adjust to Terry’s changing needs over time. For the last 29 years, Marijo has been Terry’s full-time caregiver.

But as with many family caregivers, Marijo has had other roles to play in addition to being there for Terry. Before the pandemic, she had worked as a personal trainer at her local YMCA for more than 13 years. This provided the best of both worlds as she was able to embrace her passion for physical fitness while also being able to set her own schedule to be able to meet Terry’s needs. That was, until COVID.

“When COVID-19 shut down Illinois gyms, my husband and I had to come up with a different way for me to train my clients,” Marijo says. “Opening up my own personal training studio would be a safer option. There was another reason too, the demands of caregiving and traveling back and forth to the gym four times a day, six miles one-way was starting to take a toll on my health.”

So, with the uncertainty of COVID swirling, the Swinnen’s decided to take the leap. Marijo reached out to the Small Business Administration to begin the process of figuring out what it would take to convert their two-car garage into a personal training studio. Soon, contractors were hired, and the work began. She said it was scary to be sure, but at the same time it felt good for her to be doing something, and she had encouragement she needed to push forward.

“While we were on lock down, I reached out to all my clients and I told them about my plans to open up my own studio,” Marijo says. “They all encouraged me and said if I built it, they would come! They stayed with me and I even picked up some new clients!” 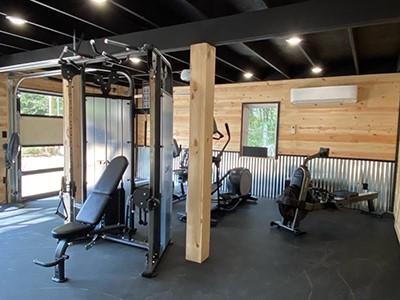 Marjio opened her own personal training studio, MOTIVATION STATION, last September. The studio allows Marjio to train clients one-on-one. After each session is complete, she is able to clean the equipment used before the next client enters the studio. Clients wear masks and temperature checks are done prior to each session. While providing a safe environment for Marjio and her clients, the studio has also provided increased flexibility for her role as caregiver to Terry.

“I have more energy and I don’t have to worry about being away from my husband if he needs help,” she says. “I am literally steps away from him should he need anything.”

For the future, Marjio hopes to continue to add clients while always being conscious of Terry’s changing needs and being flexible to meet them. As a caregiver for nearly 30 years, Marjio has learned that flexibility is key to the caregiver role. She’s learned quite a few other things on the journey as well.

“Keep making plans with loved ones. Celebrate the milestones. Remember times before ALS,” Marjio says. “For caregivers: take care of yourself. Exercise and make healthy food choices. Don’t feel guilty for taking a few hours off from caregiving. You can’t take care of (a person with ALS) if you don’t take care of yourself too. Being a caregiver is physically and emotionally draining. Get help when you need it, talk to someone when you feel overwhelmed.”

Special thanks to the Swinnen family and the team at The ALS Association St. Louis Regional Chapter for sharing their story with us.

Good to see how you and your wife deal with life. They say god doesn’t give us more than we can handle but your lives give new meaning to that sentiment. Prayers for your family. God bless.?