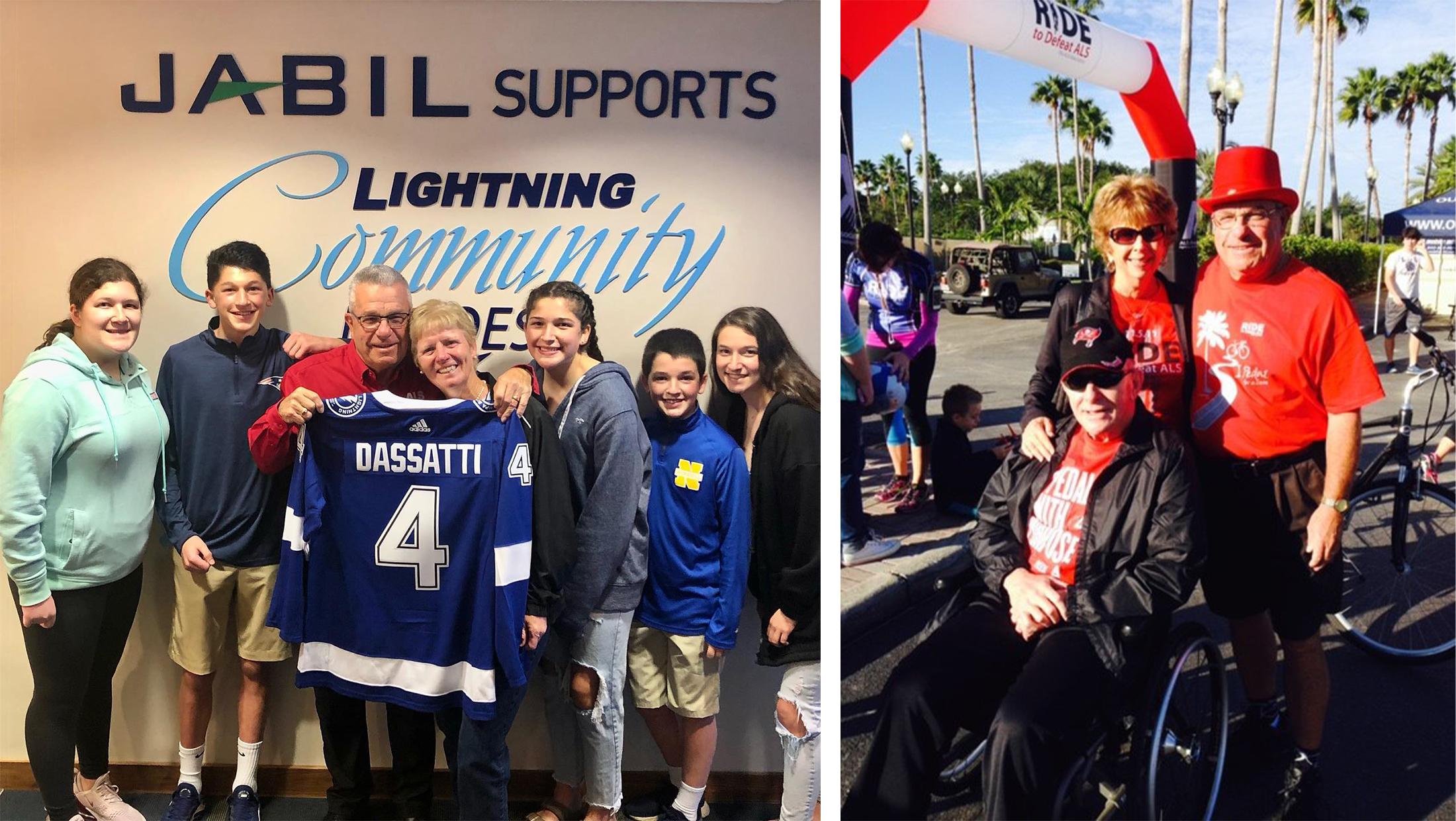 This week the Lightning Foundation and the Lightning Community Heroes program honored Gary Dassatti for being a courageous, selfless, and noble leader who has championed the fight against ALS, donating $50,000 to The ALS Association Florida Chapter in his name. Each home game, the Tampa Bay Lightning recognizes an individual who has gone above and beyond for their community, making a difference for people in need.

In honor of National Volunteer Week, we wanted to share Gary’s story, his personal connection to ALS and, like that of so many of our volunteers around the country, highlight his hard work and dedication to creating a world without this disease. 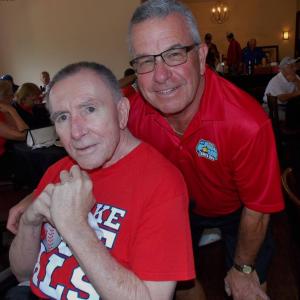 When Gary retired at the end of 2010, he decided he wanted to devote his time to making a difference in the community. After moving to Florida, he was eager to meet new neighbors, build new friendships and settle into the next chapter of his life – retirement. Then he met Doug, a retired military veteran living with ALS since 2005. Doug talked about his disease and shared the grave physical, emotional, and financial toll ALS has taken on him and his family, and the reality that there is no effective treatment or cure. After listening to this devastating story, Gary knew his life would never be the same. “Doug is an amazing fighter and true inspiration,” he said.

After doing some research, Gary found The ALS Association Florida Chapter and actively began his volunteer support of the local community and the Association’s mission. 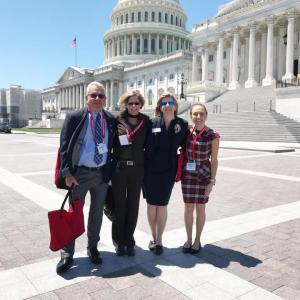 Gary dove into ALS advocacy on both the state and federal level. Since 2011, at his own expense, Gary has traveled with the Chapter’s team and delegates to Washington, D.C. to attend the Association’s annual National ALS Advocacy Day and Public Policy Conference, fighting for legislative changes to increase ALS research funding to find new treatments and a cure. His active role in advocacy and public policy led to the passing of the 21st Century Cures Act in 2016: landmark legislation helping to streamline bureaucratic approval processes within the FDA, improve clinical trial regulations, incentivize development of new drugs for rare diseases and empower patients to be more involved in their treatment. Congressman Gus Bilirakis, who led the fight in Washington, presented Gary with a copy of the official Congressional Record, recognizing his key role in helping to pass this legislation. 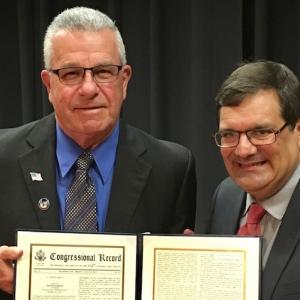 “There truly aren’t sufficient words to describe how much time he has spent trying to make the world better for ALS patients and their families,” says Congressman Bilirakis. “I am confident that his work is truly moving the needle as we strive to support the development of a cure - something that is very unique and special. I’ve been so moved by Gary’s tenacity that I’ve traveled to speak at ALS conferences at his invitation and have personally lobbied other legislators for passage of legislation that Gary is seeking.” 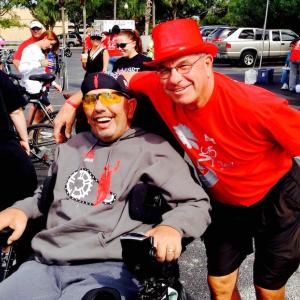 Gary also jumped into fundraising for the chapter, planning and hosting his own local events including annual golf tournaments, fashion shows, and other local fundraisers partnering with various community businesses and restaurants. And while it may be easy for others to forget the everyday hardships people experience when battling ALS, Gary will not let that happen. Through social media, emails, phone calls, and events, Gary actively rallies friends and family 24/7 so they do not forget why their attention, time, and support is so incredibly important. Thanks to his determination and incredibly hard work, he has raised over $300,000 to support critical programs and services for the ALS community including monthly resource support groups helping to meet patients’ education and support needs, loaned medical equipment like power wheelchairs to help maintain mobility and independence for as long as possible, and assistive technology to provide the necessary tools for daily living and communication once they have lost their ability to speak.

It’s nearly impossible to calculate the thousands of hours Gary has spent volunteering for the Chapter.  From single-handedly loading and unloading vans for chapter events, to cooking and serving lunch for hundreds, to attending awareness outings and working with committees, Gary is always available to help fill in where and when he is needed.

“Chapters are built by individuals who give selflessly of their time and there is no better example of this than Gary Dassatti,” said Ray Carson, President/CEO of The ALS Association Florida Chapter. “I consider Gary to be a foundational volunteer who is always identifying new ways to move forward our mission. His ability to inspire others to join the fight is perhaps his greatest strength.”

Gary shows how one person can truly make a difference, building a legacy based on pure devotion, love, and compassion for those in need in the ALS community. But at the end of the day, he does not want this to be about him. For him, it’s about all of those battling this terrible disease, admiring their strength, their courage, and their hope for the future. He wants to continue to rally his community around this cause and to help provide the hope they need to keep fighting. It takes a village, and for Gary, he wants to grow that village into a city, that city into a country, and so on. He has vowed to continue his dedication to finding a cure for ALS and work with the Chapter and the community to make this a reality.

Special thanks to Gary Dassatti and The ALS Association Florida Chapter for allowing us to share his inspiring story. Click here to learn more about how you can get involved and make a difference for people living with ALS.