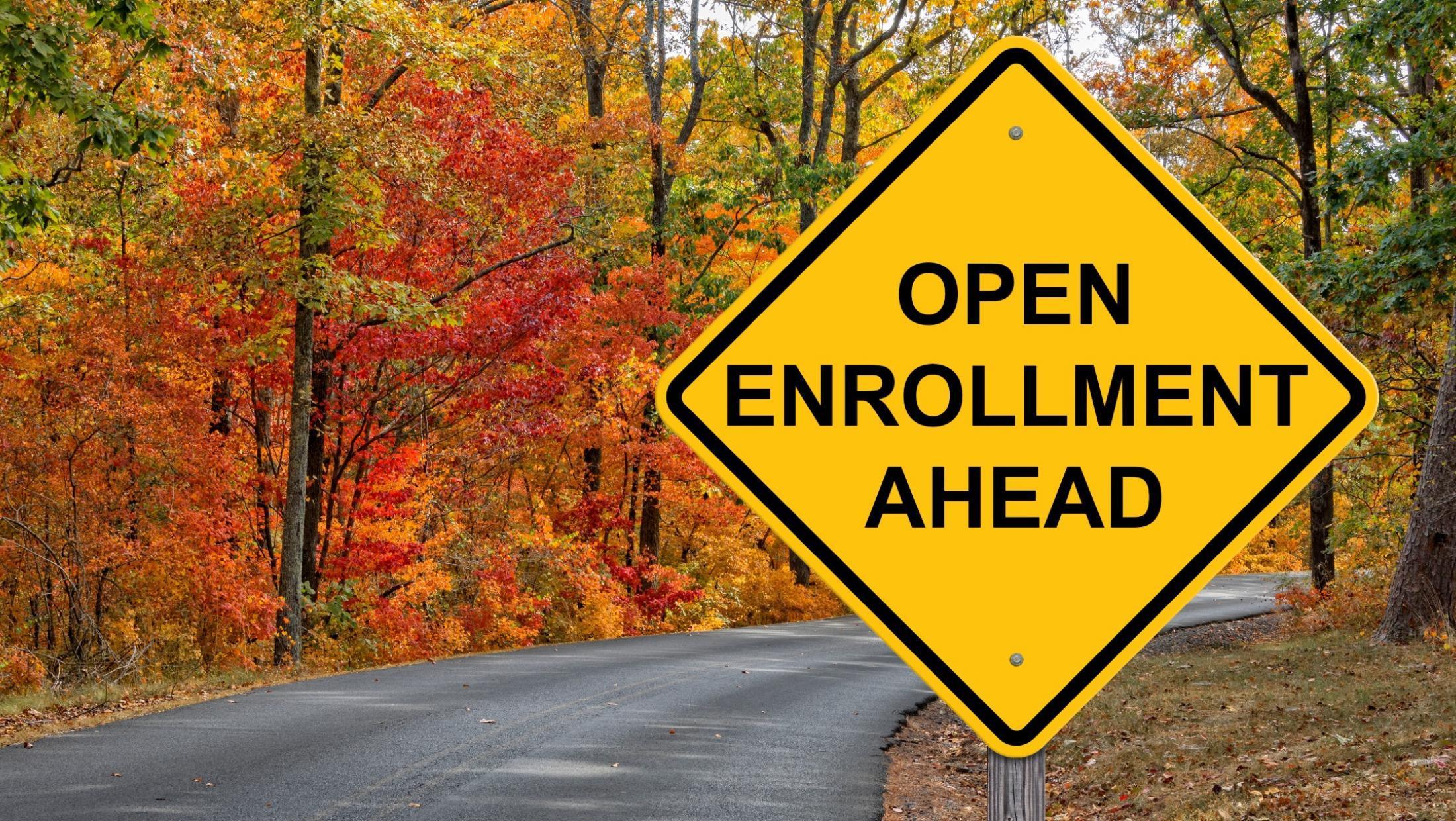 Medicare open enrollment begins this Saturday, the period when individuals may add, drop, or make changes to their health insurance coverage, with selections remaining in effect for the next full year. Understanding exactly what’s available will help you make the critical decisions you need.

Because of the work of ALS advocates, people living with ALS who received Social Security Disability Insurance (SSDI) are eligible for Medicare, regardless of their age. However, Medicare is not a one-size-fits-all program, and people with ALS still must decipher the various Medicare plan options to determine what fits best with their needs, including the option to purchase supplemental insurance often referred to as “Medigap.”

On a recent Connecting ALS podcast episode, we spoke with The ALS Association Vice President of State Policy, Kara Nett Hinkley, about Medigap coverage options, how they can and do vary on a state-by-state basis, and what the Association is doing to help advocate for expanded access to care for the ALS community.

The partial transcript below has been lightly edited for brevity.

For folks who are trying to figure all of this out, let's dive right in and try to understand what a Medigap policy is and why it might be necessary.
Broadly speaking, Medicare is a federal program that provides health insurance for people aged sixty-five or older. Medigap refers to Medicare supplemental plans sold by private insurers that aim to fill in the gap between original Medicare for the eligible enrollees living with high-cost conditions, like ALS. So, original Medicare is fine for most enrollees, but it is insufficient for those with medical needs who must contend with both devastating illness and the prospect of leaving behind crushing medical debt. So specifically, original Medicare requires enrollees to meet an annual part B deductible, and then 20% of the Medicare approved amount for each service, with no annual limit on those out-of-pocket costs. And that's where Medigap really comes in to help those living with ALS. And it covers that 20% of out of pocket spend.

You just mentioned that Medicare is a federal program, but that doesn't mean the states don't have something to say about who can access Medigap policies?
That's right. Federal law does not require insurance companies to sell Medigap to people under sixty-five. So, this presents a significant financial challenge to many families, since most people who develop ALS are diagnosed in their prime working years between the ages of 40 through 70, with the average age being fifty-five at the time of diagnosis. Under current law in many states, individuals under 65who are living with ALS aren't able to buy the Medigap coverage they need at a price they can afford due to the absence of state policies that provide guarantee issue and premium price protections.

States have the flexibility and really, honestly, the responsibility to institute consumer protections for Medigap that go beyond the minimum federal standards. For example, twenty-eight states require Medigap insurers to issue policies to eligible Medicare beneficiaries whose employers have changed their retiree health coverage benefits. Due to this patchwork of protections, as defined by state lines, you can imagine the great variation in beneficiaries being able to take advantage of Medigap plans. As an example, the shared beneficiaries and Medigap varies from three percent in Hawaii to fifty-one percent in Kansas. We don't really think that your area code should dictate your health access.

Thinking about the map, what's the breakdown in terms of where Medigap plans are currently not required to be offered to people under the age of sixty-five?
Medigap plans are not required to be sold to people under sixty-five in Alabama, Arkansas, Arizona, Indiana, Iowa, Nebraska, Nevada, New Mexico, North Dakota, Ohio, Rhode Island, South Carolina, Utah, Virginia, Washington, West Virginia, or Wyoming. I know that was a lot, but I think that really supports the need for us to be advocating for these state policies to be implemented.

While thirty-three states do require insurers to offer at least one Medigap plan to those under sixty-five with Medicare, that doesn't make those plans affordable and therefore attainable. The ALS Association supports that all states require Medicare supplemental insurance plan providers to cover individuals under sixty-five years of age, who are eligible for Medicare by reason of disability, with those premium price protections included, ideally a community rating pricing structure, so that those under sixty-five don't have to pay more than those over sixty-five regardless of health condition.

Medigap and access to insurance regardless of where you live is not the only thing on your to-do list. So, what are some of the other state policies that you see on the horizon?
The ALS Association is at the forefront of state public policy. We're working to improve the lives of people living with ALS and their caregivers. Our state advocacy work really focuses on amplifying the voices of people living with ALS to educate and mobilize all policy makers in a nonpartisan fashion to achieve the mission of The ALS Association, which is really three parts, to find new treatments and cures, to optimize current treatments and care, and to prevent or delay the harms of ALS.

We're hyper focused on advancing state policies and alignment with those three pillars. The first pillar, finding new treatments and cures at the state level. We're advocating for new or increased state funding for ALS research.

The second pillar, optimizing current treatments and care. We're really focused on new or increased state funding for ALS clinics and care services and increasing access to telehealth services. We've taken a lot of things away from the COVID-19 pandemic, and one of them is a realization that we can and should invest much more heavily in telehealth services across the board, especially ensuring that our rural friends are able to access high quality care in a way that works best for them.

Also, ensuring access to biomarker testing and protecting against discrimination from testing. To date, there are no biomarkers for ALS. However, a great amount of research is being done in this area so there will be biomarkers identified for ALS in the future. Making sure states have policies on the books to ensure access to this testing while also protecting against any discrimination related to that testing is incredibly important for those living with ALS. We're also looking at getting rid of state sales taxes on durable medical equipment. I think that speaks for itself.

The third pillar, preventing or delaying the harms of ALS. As we've talked about, the Medigap piece is one of the highest priorities in this area. In addition, we are looking at genetic testing protection acts, so protecting individuals from discrimination based on their genetic information, and also prohibiting the practice of setting higher premiums based on genetic information.

We're looking at ensuring that copays for the cost of drugs fully benefit people living with ALS. You may hear of those being referred to as copay accumulator adjustment bans. Many insurers have disallowed copay assistance from counting toward a patient's annual deductible or out of pocket maximum. As a result, people living with ALS can face unexpected costs of thousands of dollars to get the medicine they need.

We're also looking at supporting the expansion of Medicaid and reforming the prior authorization process. Administrative burdens, like prior authorization, delay access to care for people living with ALS, also combating the use of fail first policies. Oftentimes, insurers use fail first policies, also known as step therapy, which require patients to fail on the insurer's preferred drug or drugs before a patient can take the drug originally prescribed. People living with ALS should have barrier-free access to the medicine as prescribed by their providers.

The ALS Association has Medicare resources available to help, including the ALS Medicare Resource Line where you can talk to trained Medicare experts who can help you pick the coverage that is right for you.

To listen to the full episode with Kara Nett Hinkley, "Helping Fill the Gap in Medicare Coverage," visit ConnectingALS.org here. You can subscribe to Connecting ALS here.

Hello. I am new to ALS. Medicare just kicked in and my Radicava (the best drug available for ALS) has now stopped, after being covered by private insurance. $21,000 a month through Medicare.

I wish there was more focus on what we can do and what our options are. Isn't this the exact opposite of Medicare's mission of helping US citizens?

Most foundations won't help if Medicare does not cover.

Feeling somewhat hopeless. I'm certain there other out there with the same feeling. We could use some leadership on this issue.
Best to ALL the readers of this message.