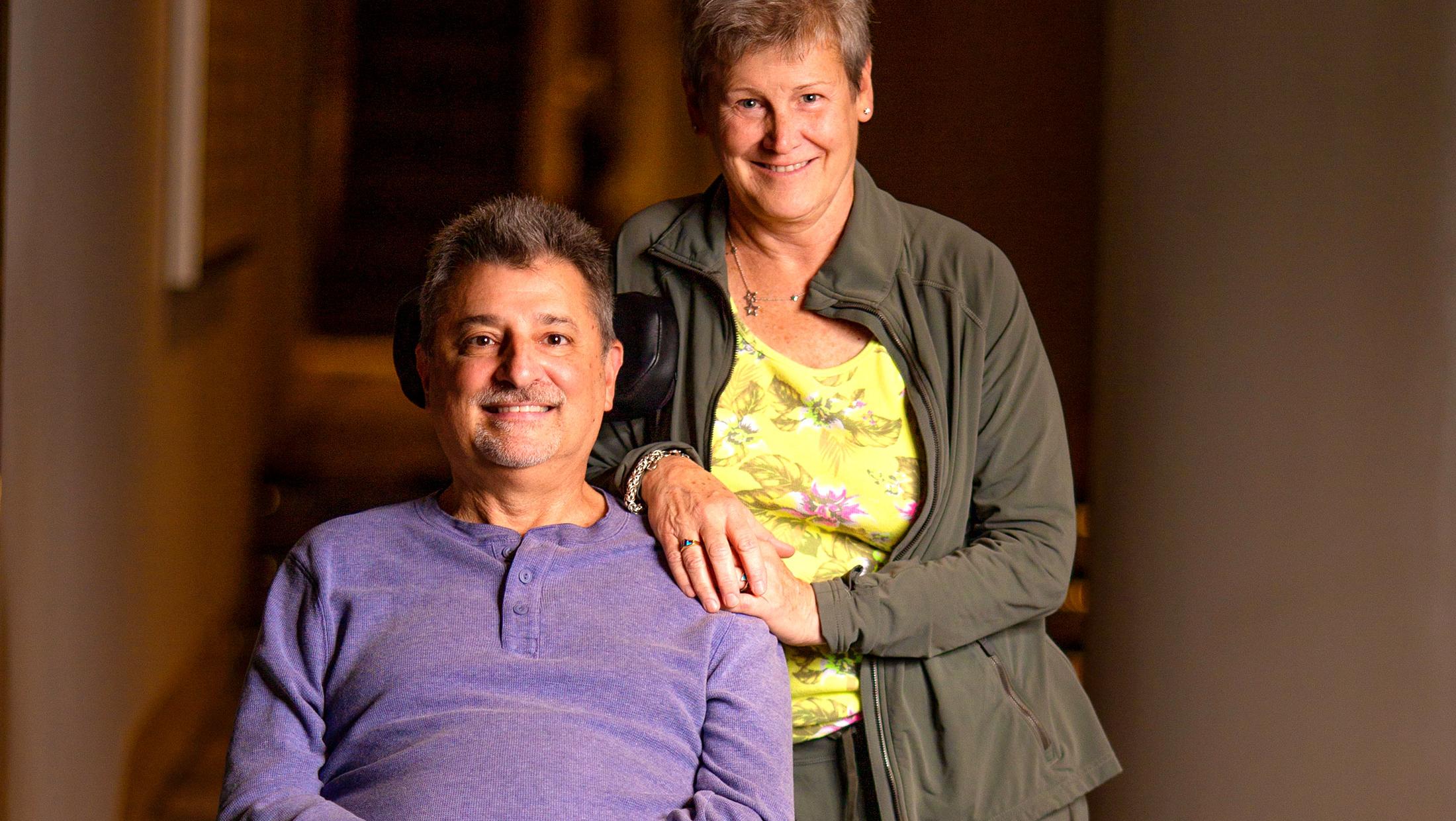 Before his diagnosis, John Russo had two fears: the first was getting attacked by a shark while fishing at night, and the second was being diagnosed with ALS. He managed to avoid the sharks, but not ALS. In May 2013, John was diagnosed by doctors at the University of Pennsylvania Hospital in Philadelphia. He was 57 years old.

John grew up in the Bronx borough of New York City and says that as an avid New York Yankees fan he turned to Lou Gehrig’s farewell speech for inspiration. Before his diagnosis, one of John’s passions was surf fishing at the Jersey shore. He was an avid hiker, biker, golfer, and a health care industry executive -- very active and just living life is how he describes it. He flew all over the country on work trips for over 30 years -- always “go go go.” So, hearing those words, “You have ALS,” seemed incomprehensible.

After taking a few weeks to process what the rest of his life would look like, he realized he needed to face down his biggest fear and keep going. He found a new purpose: making life better for people living with ALS across the country, as well as deepening research efforts to learn more about the disease.

With his wife, Loretta, they turned to The ALS Association Greater Philadelphia Chapter for help and for opportunities to serve their ALS community. John says they were grateful for the Chapter’s supportive network, which in turn led them to decide to do everything they could to support their mission to accelerate progress in ALS research, patient care, and advocacy.

Over the past seven years John and Loretta have been active ALS advocates, both in front of state government in Trenton, New Jersey and in Washington, D.C. He says he is particularly proud of the work ALS advocates have done in recent years to increase funding for ALS research at the Department of Defense and for ALS care in the New Jersey state budget. He also cited funding for the ALS Registry and the continued fight for the ALS Disability Insurance Act as big wins for ALS advocates. John says he wants to see the waiting period eliminated in his lifetime.

John says he recognizes that he probably won’t be here by the time they find a cure. He says he is proud to be part of a team of patients and organizations who are doing everything they can to help patients of the future, and that he takes solace in what together has already been accomplished. John also serves as co-chair of the Patient and Caregiver Advisory Committee for ALS Focus, a survey platform centered on people with ALS and caregivers.

In addition to Lou Gehrig, John says he draws inspiration from Jimmy Valvano, a former NCAA men’s basketball coach who lost a battle to cancer in 1993. Citing a speech Valvano gave during which he implored listers not to ever give up, John says he is drawn to the three things Valvano said you should do every day: you should laugh, you should think about important things like the world around you and your family, and you should be moved to tears.