“It Makes You Look at Life a Different Way.”: Chip Carton on Living with ALS 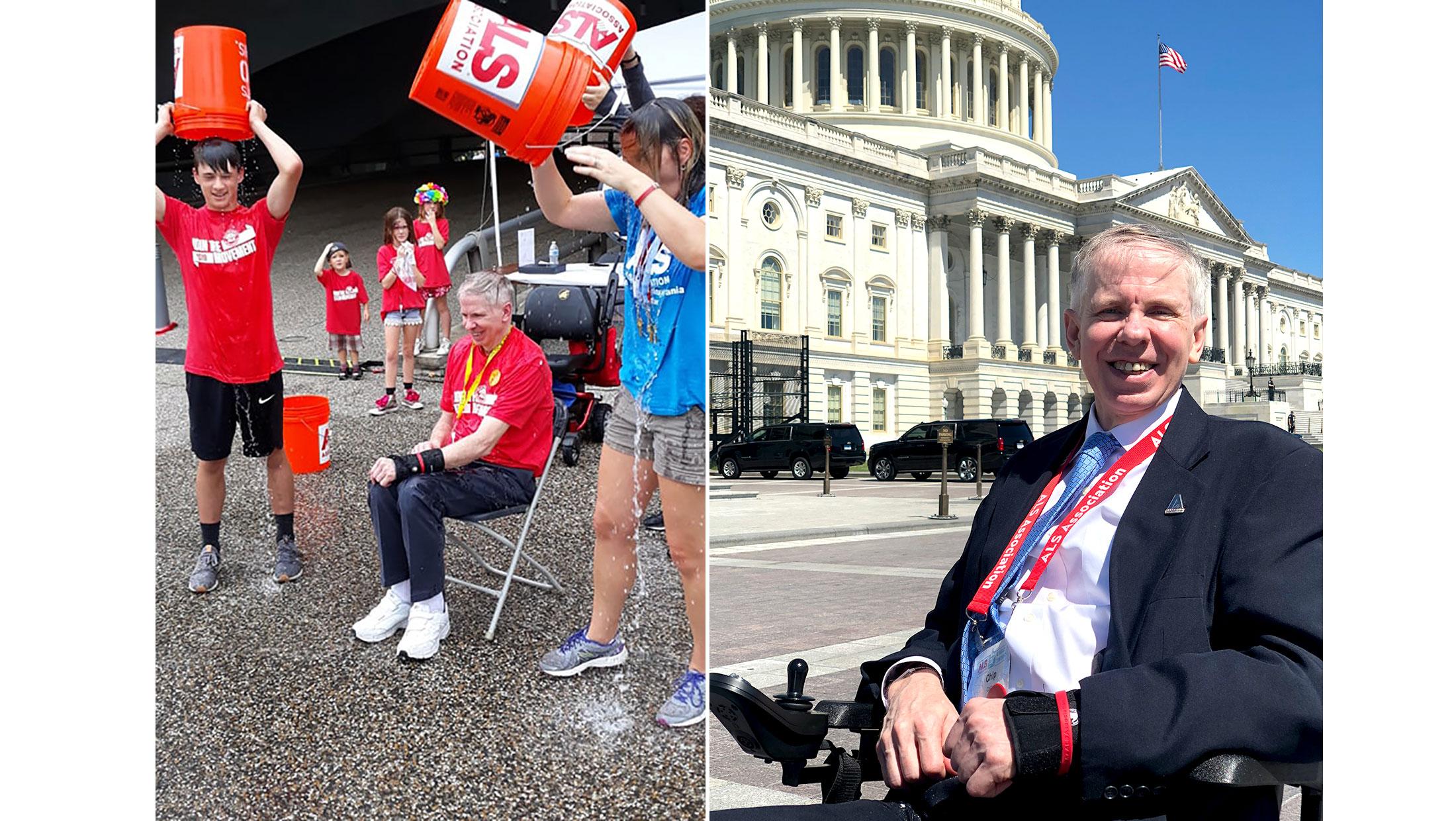 When Chip Carton arrived at his doctor’s office in 2008, he was 47 and feared the worst.

The doctor had more testing in store. ‘But I do want you go down the hall to the ALS clinic,’” Chip recalls.

Chip said he was completely unfamiliar with ALS at the time.

“I was still just sitting on high,” he said. “Then the final person came in and said, ‘This must be a very hard and long day for you.’ And I said, ‘Why?’ ‘I just found out I didn’t have brain cancer.’”

Today, at age 59, Chip has been living with ALS for 12 years, and he says his disease has been slow progressing relative to most people diagnosed with ALS. “I’m one of the lucky ones to last this long,” he said.

Chip explained what he means when he says he’s one of the lucky ones.

“Over the last 10 years I’ve lost the use of my lower — both legs, lower legs. My left arm is going, I have a feeding tube, and I use oxygen at night and a CPAP machine at night. And it’s progressing, but very slowly. I am lucky — and I also slur my speech a little bit, but that is all part of being in this position,” he said.

Chip learned shortly after his diagnosis that his sister, who is nine years older, is also fighting ALS. They both traveled to Harvard to participate in a group study, a process he says made the diagnosis seem more real. His sister has been fighting ALS for 20 years, though her progression is more pronounced than Chip’s.

She currently relies on a wheelchair, and recently broke several bones in her legs after a fall.

“I don’t think she’ll be out of bed again unfortunately,” he said.

Chip talked about his extended family, familial ALS, and his motivation to fight urgently for treatments and a cure.

“None of my siblings besides my older sister have ever been tested, and they all have children, and now their children are having children and I want it wiped out before my great nieces and nephews are old enough to be told that they could have this terrible disease.”

Although Chip’s journey with ALS is not typical – he likens his long journey living with ALS to Stephen Hawking — he reflected on how his perspective has changed in the last 12 years.

“It makes you look at life a different way. It makes you want to live every day to your fullest and give as much as you can to as many people as you can,” he said.

He also emphasized the importance of finding support in the community and participating in research.

“Join as many groups as you can and try to do as many trials as they’ll let you do,” he said.

“Because the main idea is, we want this to end. We don’t want it to go on.”