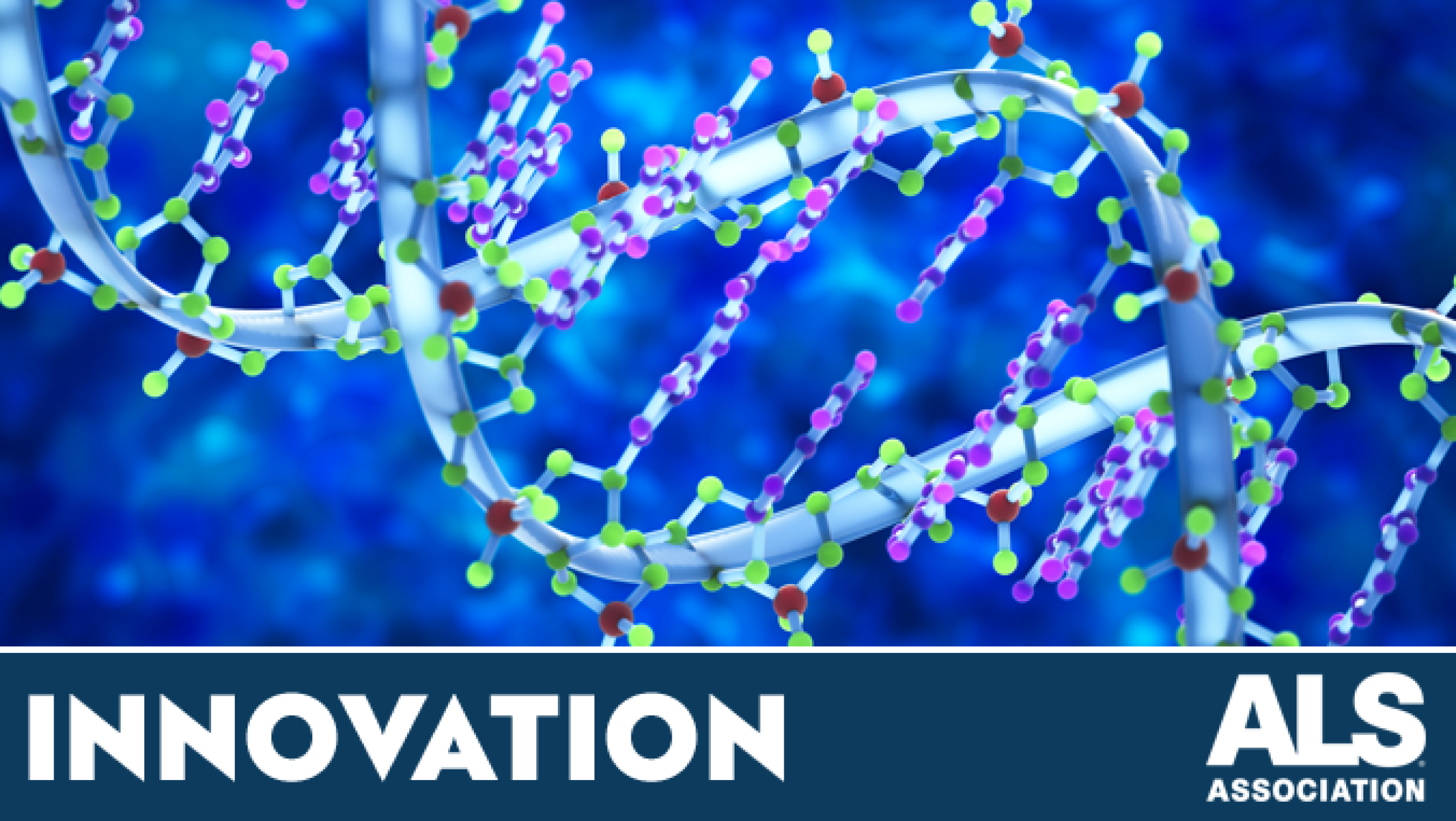 Innovation plays a key role in The ALS Association’s fight to develop treatments and a cure for ALS and to empower people living with ALS to live their lives to the fullest. During June and July, we are celebrating some of the key innovations helping us change the nature of the disease forever.

Before the ALS Ice Bucket Challenge, The ALS Association allocated $6 million annually to funding ALS research. After the ALS IBC, the Association has budgeted about $18 million per year to research and has so far committed $84 million to ALS research. From this investment, there has been massive payoff in a significant increase in ALS gene discoveries.

SOD1 was the first ALS gene discovered, in 1993. Since then, over 30 genes have been reproducibly linked to ALS. And in the almost four years since the ALS Ice Bucket Challenge, five new ALS genes have been discovered and validated to contribute to the development of ALS – KIF5A, NEK1, C21orf2, TUBA4A, and TBK1. This rate of gene discovery is the highest in ALS history.

The ALS Association has been committed to gene discovery since its founding in 1985. It has supported research that contributed to all the major gene discoveries in the graph below.

ALS IBC donations to the Association led to investments in global strategic initiatives focused on massive genome sequencing efforts to discover new ALS genes. These initiatives involved collaboration across all sectors – academia, industry, and nonprofit. The genes we are identifying not only help understand what causes ALS but identify new therapeutic targets.

The most recent gene discovery supported by the Association is the identification of the KIF5A gene in March 2018. It is a great example of how collaboration leads to significant results. This effort became the largest genetic study of ALS ever. To identify KIF5A, researchers compared over 10 million gene variants between 20,806 people with ALS and 59,804 control samples. Dr. John Landers from University of Massachusetts Medical School and head of the U.S. arm of Project MinE helped lead this massive collaboration. Over 200 authors and nine ALS consortia, including many of the consortia we support through ALS IBC donations, made this important gene discovery happen.

Why is Gene Discovery Important?

Clinicians are recognizing that the classification of familial (inherited or genetic) ALS and sporadic (cause is unknown) ALS is not as clear as originally thought. There is an increasing number of gene mutations that have been identified in familial and seemingly sporadic patients. Therefore, insights gained from studying the genetic or familial forms of ALS are likely to benefit those with sporadic ALS.

In addition, identified gene mutations can be corrected using cutting-edge gene therapy that aims to slow or stop disease progression. Examples include gene therapy breakthroughs like antisense technology and gene-editing technology, which have the potential to add massive value to the ALS treatment landscape.

As The ALS Association Chief Scientist, Dr. Lucie Bruijn often says, “We are committed to supporting genome sequencing and the next frontier of gene discovery. The more genes we uncover, the more potential therapeutic targets we will have, leading us closer to our goal – to discover effective treatments and a cure for this devastating disease. The ability to generate tools such as model systems from these gene discoveries also expedites the drug discovery process.”