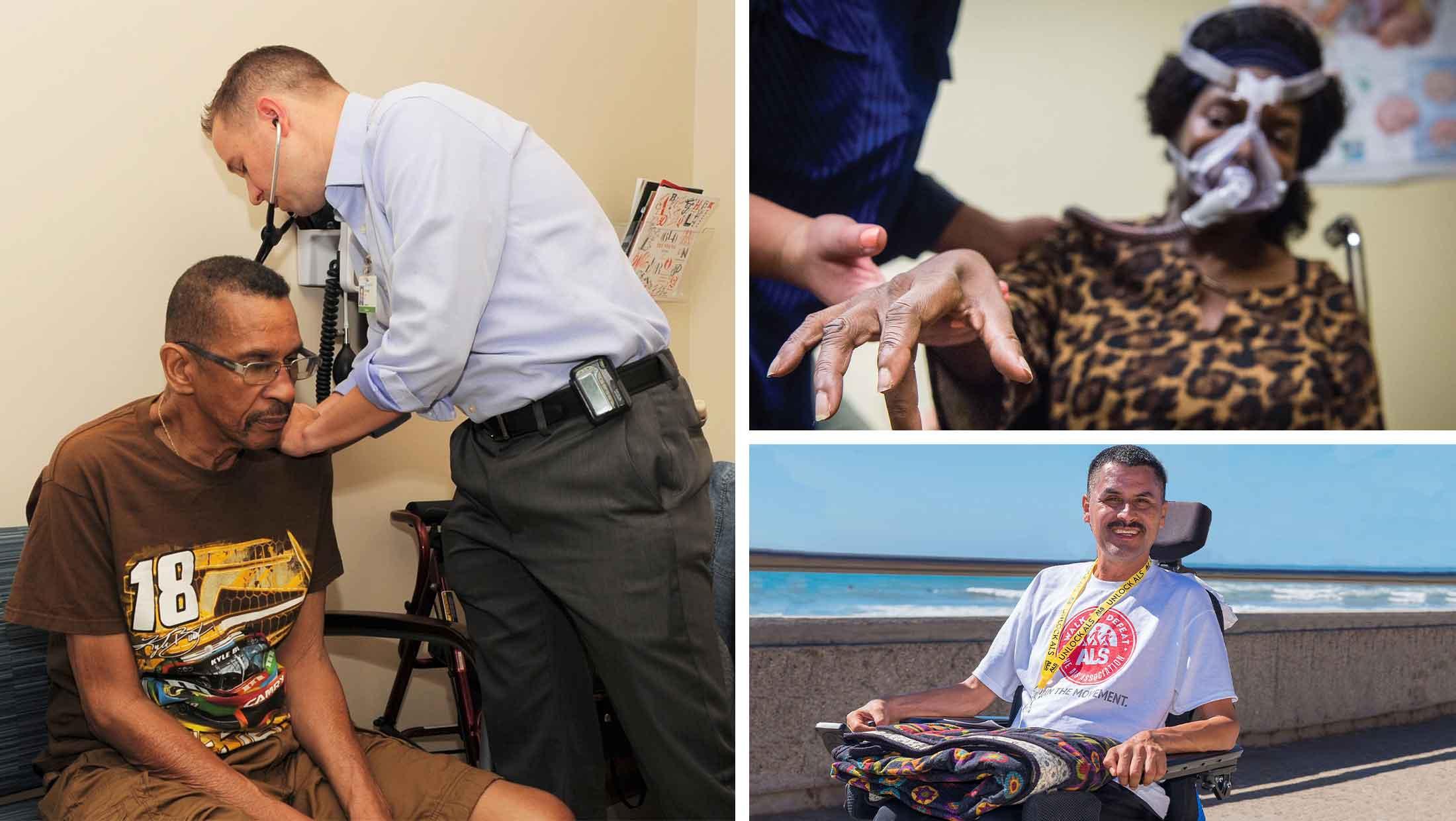 The varying impacts of the COVID-19 pandemic on different races are shining another spotlight on health and health care disparities across the US. In a recent study published in NeurologyToday, researchers focused on this issue specifically in the ALS community in hopes to better understand the disease and how and why it may affect people of color differently.

Investigators at Emory University School of Medicine reviewed 23 years of data from 1997-2020 for patients seen at the Emory ALS Center. To allow for adequate analysis of disease survival time, researchers included all patients who self-reported their race as Black or White and symptom onset was before January 1, 2017. A total of 1,298 patients were included in the study, 203 of whom were Black, and 1,095 of whom were White.

The study revealed that Black patients were two and a half years younger than White patients at the time of their symptom onset and took nearly a year longer to receive their ALS diagnosis. They also typically had lower baseline ventilatory and functional status at their first clinic visit compared with patients who were white.

According to lead author Jonathan Glass, MD, professor of neurology and director of the Emory ALS Center, these findings “could suggest the presence of access or referral barriers to a tertiary care center. Further study of these findings is needed, and potentially targeted interventions are needed to ensure equitable referral and access to ALS diagnostic centers. Lower median incomes were noted for Black patients compared to White patients, which could also contribute to inequities in care.”

In a case-controlled study conducted at the Wake Forest Baptist Medical Center, researchers also looked at how race affected interventions and treatment options for people who were diagnosed. Their study was conducted with 49 Black patients with ALS matched by age, gender, and site of onset to 137 White patients. Results showed Black people with ALS lived longer than White patients, but that was possibly due to the fact that they received tracheostomies at three times the rate of Whites.

Dr. Cartwright, professor of neurology at Wake Forest Baptist Medical Center and lead author of the study, said “Although we couldn't pinpoint why Black patients had more tracheostomies in our study, we do know that earlier interventions, such as breathing masks, can slow down the rate of decline and provide patients more time and options for dealing with the disease.” He recently discussed the findings on Connecting ALS and said he was hopeful that the health care community was moving in the right direction to address some of the racial disparities.

“It’s one thing to talk about it. It’s another thing to do it,” he said. “Real change, which almost always involves money, needs to occur so we can improve access.”

If you would like to listen to the interview "Health Care Disparities and ALS…" with Dr. Cartwright in its entirety, visit ConnectingALS.org HERE.

To learn more about how you can get involved and make a difference for people living with ALS and their families, click HERE.