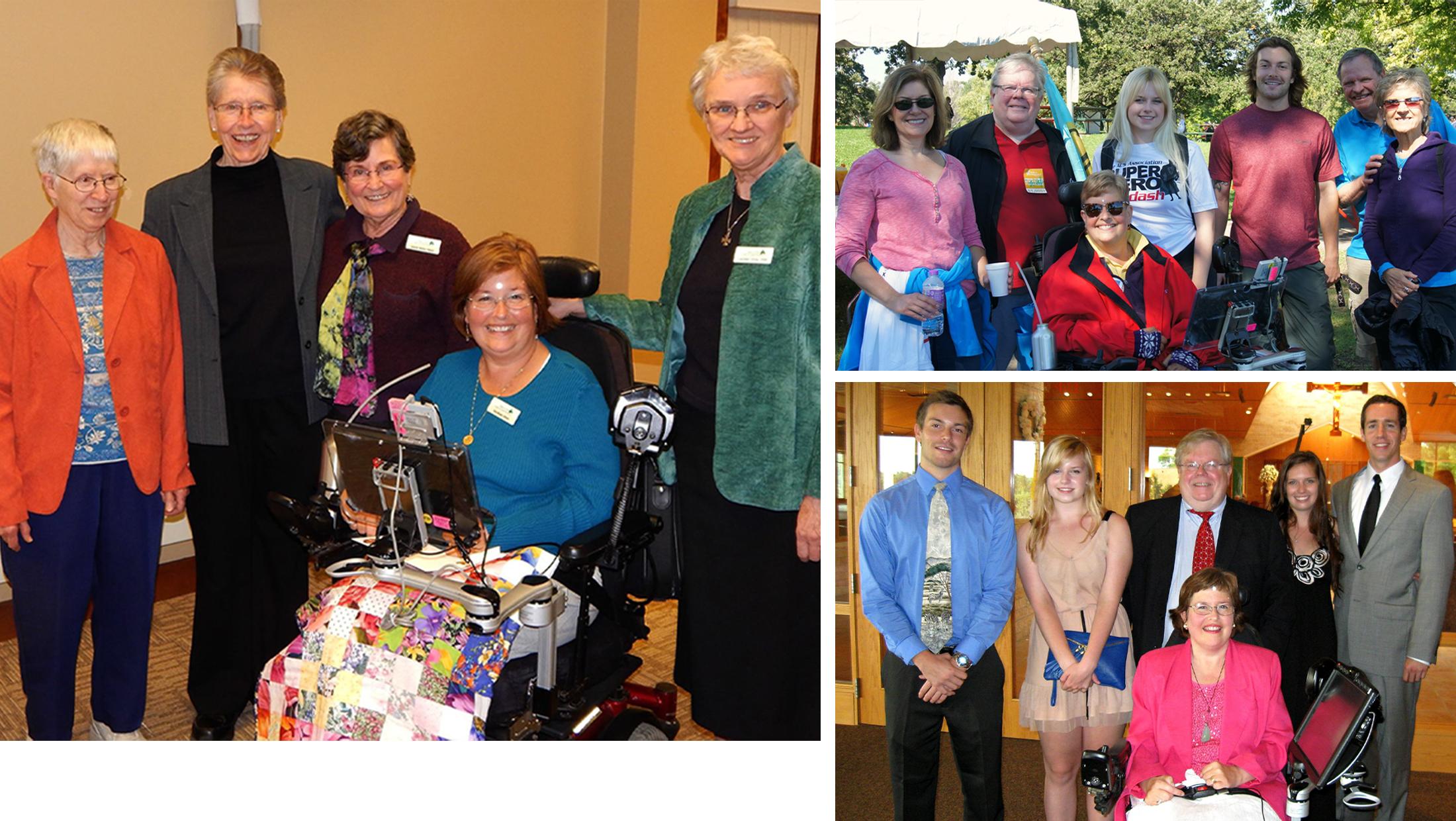 Each year The ALS Association presents the ALS Hero Award to people in the ALS community, recognizing and paying tribute to people living with, or who have lived with, ALS who have made an indelible impact on the Association and the ALS community at large. Their inspiring stories demonstrate the amazing courage and determination they have, making a difference for people with ALS and providing hope to those who need it most.

Geraldine Skager, better known as Gae to her family and friends, was recently recognized as a 2021 ALS Hero. She and her husband Edward were with us to virtually receive the award and share their journey living with ALS.

This is the second story in a four-part series highlighting the 2021 recipients of The ALS Association ALS Hero Awards.

“To say that Gae Skager has been a beacon of hope in the ALS community is a significant understatement,” says Anne Supplee, Care Services Coordinator from The ALS Association Minnesota, North Dakota, South Dakota Chapter. “Since her diagnosis in 2003, Gae has made it her mission to educate others, raise awareness and fund research for ALS.”

Throughout her journey, Gae has been a major proponent of assistive technologies and a regular “Guinea pig” in testing out new augmentative and alternative communication devices. She regularly presents to medical students at the University of Minnesota, and in 2010 received a Minnesota Star Award for excellence in use of assistive technology. Educating younger nurses, respiratory therapists, speech language pathologists, and social workers has been a decades long pursuit for her, maintaining her nursing license in case anyone dares question her credibility.

Recognizing the importance of advocating for people with ALS, Gae and her husband have been actively involved with state legislators and members of Congress around critical issues affecting the ALS community. She consistently helps with advocacy alerts, sharing information with others who are living with ALS and requesting their support as well.  She even brings information to support groups explaining how others can help with advocacy efforts and shares her story as often as she can to media outlets on these issues.

“And when she's not advocating herself, Gae is going out of her way to inform support group members, clinicians, and truthfully her entire network about ways to get involved,” says Anne. “She and her husband Ed, who Gae will say, is her hero, along with their extended family have raised over $78,000 for a Twin Cities Walk to Defeat ALS® and thousands more for research at our Light the Journey Gala.”

Gae has been an enormous support to individuals diagnosed with ALS. From welcoming new support group members at each monthly group to being a peer mentor to those who are newly diagnosed or who are looking for someone to connect with, she is always willing to share her story, providing insights and advice to help them manage their own personal journey with ALS.

“I could honestly go on for a long time about Gae's achievements and accolades, including the many ways she's taught me about facilitating support groups and how to make them more accessible to those using AAC devices. But none of that would do justice to the person that Gae is,” said Anne. “And for someone that has lost much to ALS, including her ability to communicate orally, Gae's optimism and unrelenting spirit provide those of us in her life with genuine hope that we will one day live in a world without ALS and live well until then.”

Speaking from her communication device, Gae proudly and graciously accepted her award, thanking her husband, family, friends and clinicians who have played such an important role in her care and support over the past 19 years. “As so many of my ALS friends have passed away before me, it has been my privilege to get to know and learn from other friends living with ALS,” she said. “I am very grateful for access to new tools and technologies to remain actively engaged in everyday life, as it has opened up a new sense of empowerment and freedom for me. I still have a voice and I can make choices to try living with compassion and gratitude each day.”

“We so appreciate the award and all of the help and assistance and everything that the Association has done for us over the years. It's just been amazing. It's been a long journey,” said Ed. “We are eternally grateful for all the help and the friends, family, and without them we would have been hard pressed to make it this far.”

Like so many living with ALS, Gae has largely lost her ability to verbally communicate. But meeting her in person allows one to witness how warm, welcoming and expressive she is and how she brings those amazing qualities into her seemingly tireless pursuit to end ALS.

Gae, and her husband Ed, are true ALS heroes.

Special thanks to the team at The ALS Association Minnesota, North Dakota, South Dakota Chapter and the Skager’s for allowing us to share their inspiring story.

Gae is my sister-in-law. She has been a true inspiration to me, our family, and everyone who has been blessed to know her.
Gae has persevered through many challenges with dignity and grace. She has an extraordinary ability to reach out to others and share her story.
I’m so proud of everything that she has accomplished. Gae is very deserving of this award.

Gae is an example of the strength of the human spirit. Through it all, she has exuded warmth, humor, optimism, and determination and has remained dedicated to helping others. Congratulations Gae - you deserve this!