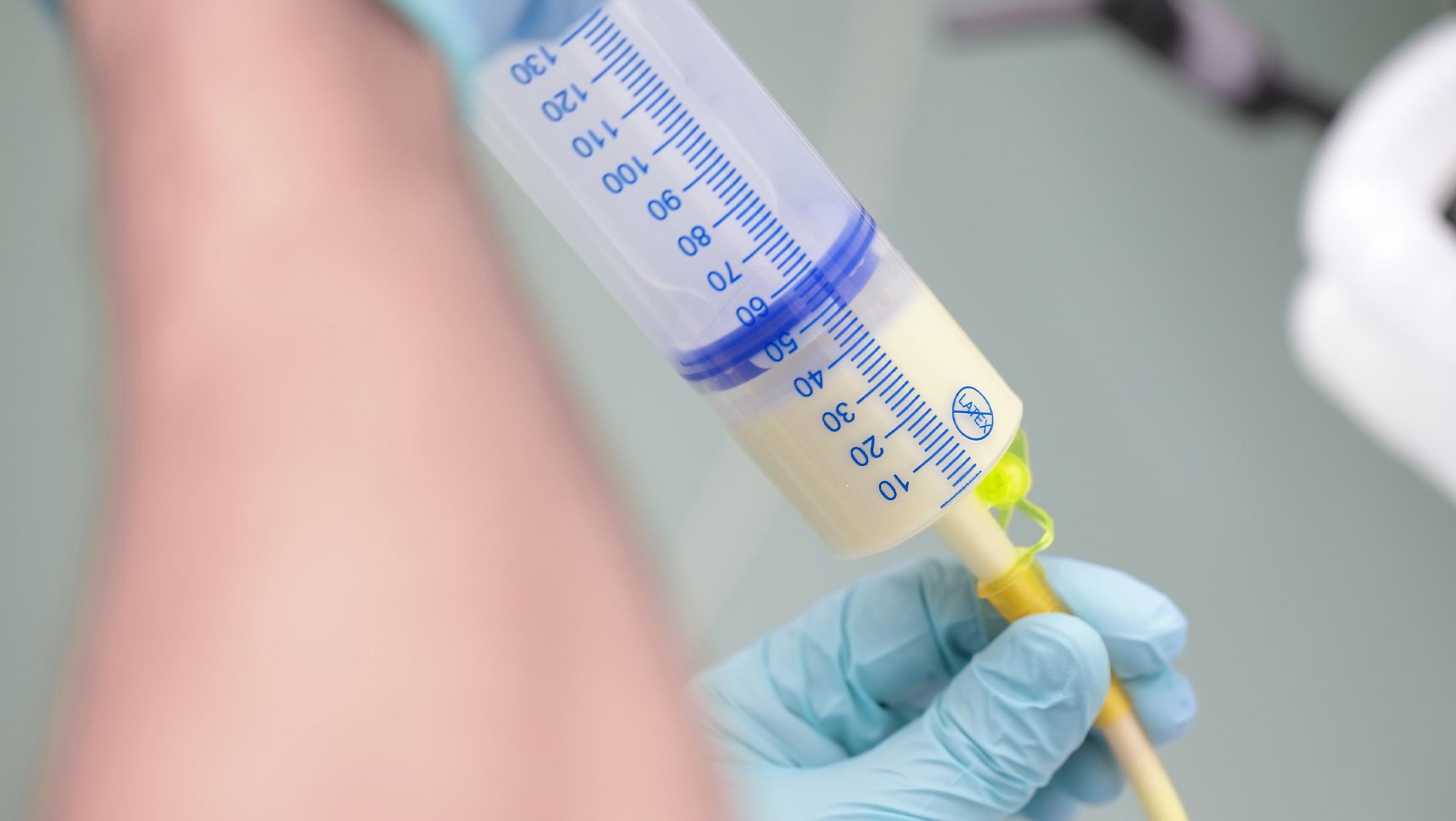 This week, The ALS Association commemorates Feeding Tube Awareness Week, an opportunity to recognize the important role that feeding tubes can play in the lives of people with ALS.

Most people diagnosed with ALS will learn they should consider a feeding tube at some point in their journey. It is common for patients to be hesitant about it, but often, once they see the benefits of tube feeding, they regret not making the decision sooner.

Connecting ALS previously sat down with two feeding tube experts at the ALS Center of Excellence at Hennepin Healthcare in Minneapolis to share their experiences talking to patients about feeding tubes.

This transcript has been edited for length. You can access the whole conversation here.

Can you explain what a feeding tube is?
The feeding tubes we're talking about today are most of the time either radiographically inserted feeding tubes or percutaneous endoscopic feeding tubes. Both are surgical procedures, where there's a tube going directly into your stomach, and they are meant for long-term nutrition. They're meant to be your sole form of nutrition or to supplement the nutrition and hydration and medication needs that you have.

Would you say that the majority of individuals who are diagnosed with ALS will eventually have to consider a feeding tube as an option, or does it depend primarily on disease progression?
If they are bulbar onset, which is usually one-third of the population, then that is something that will need to be considered a little earlier on. If it is more of a limb onset, then it kind of depends on the disease progression and the goals of care. Breathing and their respiratory status is going to play a big role into that. It is easier to have the conversation earlier on before even difficulties on that path arise, if able, so people can start thinking about if that's a route they'd like to take and that we can answer those questions before they feel like they need to make a decision.

What are some of the symptoms and signs that you look for as a condition to determine if it's the right time to start having that discussion?
When I'm assessing someone, I look more at their swallowing function to see if they're having any signs of dysphasia, any signs of difficulty swallowing. Once they start presenting with that, I'll speak with Lisa and say, “Oh, they're having trouble. They're not able to consume regular foods anymore. It's really hard to chew, hard to swallow. It's taking them a long time.” So, we'll look at: Does it seem safe with eating and drinking; as well as, how long is it taking to eat a meal, is it taking more than half an hour? Sometimes a lot of effort goes into it, and they may be thinking a lot about eating throughout the day and not getting the nutrition they need.

I imagine one of the reasons why this is among the last things people want to discuss when they're in clinic, is that it means the eventual loss of something that human beings really look forward to: eating our favorite foods. That has to be so tough to wrap your head around. How do you even start those kinds of conversations?
I like to start having a conversation saying, “Just because you are getting a feeding tube, doesn't usually mean that you won't be able to eat anything at that timeframe.” Typically, when people are getting a feeding tube, they're still able to consume different types of food and liquid. And we started talking about how to eat the food that they enjoy, and maybe just modify it a little bit, to make it safer. At some point, usually people eat regular food, like steaks, hamburgers, lasagna, but then at some point it gets harder to chew, harder to propel it back. And then we talk about, well, maybe you can still have that steak, but let's cut it up really small. Let's ground it up. Let's at some point maybe blend the food, but getting a feeding tube isn't an all or nothing, all of a sudden you don't get to have the pleasure of eating anymore. It’s just, you may not have to see it so much as an effort, “I get to eat what I want to eat until I’m tired, and then the rest of my nutrition is going to come through the feeding tube.”

A lot of people feel more energy when they get all the nutrition they need. They didn't realize that they were slowly not eating as much as they should be eating. And they are able to be more of the person they want to be and have more personality with their family just by getting that nutrition and not having to spend so much time focusing on receiving it.

What exactly is consumed during tube feeding? What kind of nourishment are we talking about in that process?
You name it, we can do it. The most common thing is going to be a commercial standard enteral formula. It is broken down in fat, carbohydrate and protein, and it provides everything you need from a vitamin and mineral and nutrition standpoint. There's a lot of whole food formulas available in the market now that didn't used to be. And I do have a small handful of people who also make their own food that they put through the tube. That is a lot of work, but for some people it's worth it and they have it down to a science after a while. It just kind of becomes a routine to their day. I always just say, it's your tube; you can put whatever you want really into it. It has to be a certain consistency in order to fit through the tube, but I'm not going to tell you you can't put anything in there. And a lot of people use it for other things like coffee in the morning, or kind of their favorite things that they would have normally taken by mouth that they still want to consume.

For a lot of people, the feeding tube is not at all about a feeding tube. It's about what that means in the progression of their disease. And for a lot of people, I think, it's admitting that there disease has progressed more than they ever thought they wanted it toiI's hard to get over that. And so I think it’s important to show that the tube would give them more control, even though it is going the next step. That way, you have some options and choices where if you don't have it, your options are a little bit more limited if you're starting to have swallowing progression.