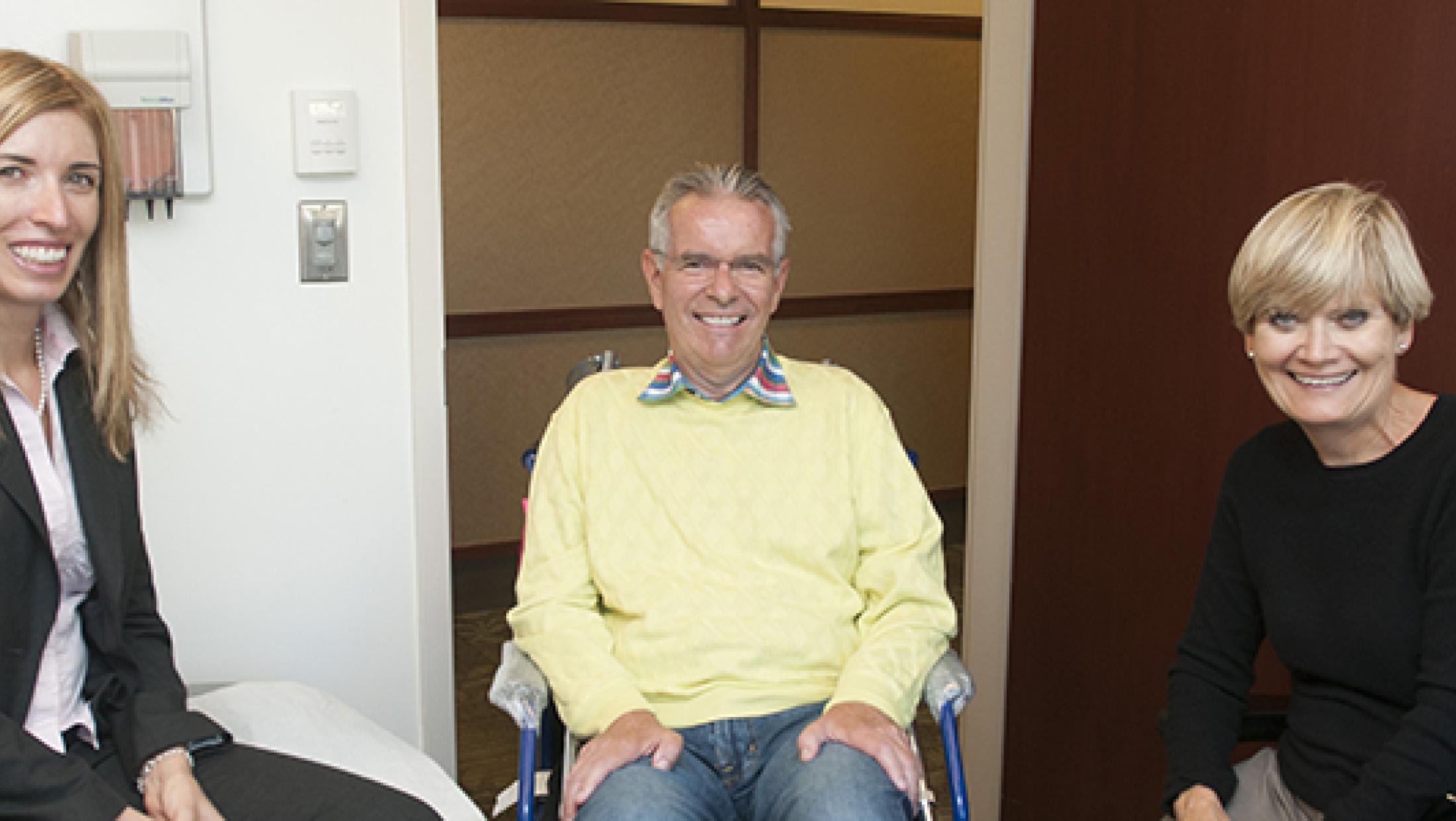 Today, we are pleased to feature ALS researcher Dr. Sabrina Paganoni from Massachusetts General Hospital and Spaulding Rehab Hospital. She is this year’s recipient of the Clinician Scientist Development Award in ALS Research given in partnership with the American Academy of Neurology (AAN). The award gives her the freedom to pursue multiple ALS clinical studies, including an exciting new trial testing inosine, and to continue to attend to people living with ALS in the clinic. Get to know this dedicated ALS researcher both in and out of the hospital.

What is your academic background?

I grew up on Lake Como (below) and left Italy after Medical School to pursue a Ph.D. in Neuroscience at Northwestern University in Chicago. I then moved to Boston for clinical training. After residency and two fellowships, I joined Harvard Medical School as an Assistant Professor.  I spend most of my time working on ALS clinical research projects.

What has the support from The ALS Association meant to you and how will your Clinician Scientist Development Award in ALS research push your project forward?

I am honored to have received this Award. The award comes at a critical time in my career when I am starting new projects, generating data, and applying for funding to become an established investigator. This award will allow me to dedicate the next few years to ALS clinical trials, while still continuing to see ALS patients in the clinic.

How and why did you get involved in ALS research?

Everything happened thanks to a series of encounters with extraordinary people. When I was a resident, I had the good fortune of being mentored by a phenomenal physician scientist, Dr. Lisa Krivickas, who later died of ALS. She mentored me throughout her illness, encouraged me to get involved in ALS research, and introduced me to Dr. Merit Cudkowicz and her team. Since then I have had the privilege of being mentored by Dr. Cudkowicz, an international leader in ALS clinical research and trials. Over the last three years, in collaboration with other academicians and pharmaceutical companies, I have designed three early-phase, biomarker-driven ALS trials and I am excited to contribute to the development of new treatments for ALS. I would like to thank my mentors, Dr. Merit Cudkowicz and Dr. Michael Schwarzschild, the NEALS Consortium, the American Brain Foundation, the American Academy of Neurology and The ALS Association. I am fortunate to work with such a phenomenal community of clinician scientists dedicated to finding a cure for ALS.

The project is a clinical trial of inosine for people living with ALS. When patients take inosine, their urate levels go up. Urate is a natural antioxidant present in the body and may help counteract oxidative stress.  We and other researchers have analyzed ALS databases and found that people with ALS who have higher urate levels live longer. However, we don’t know if drugs, such as inosine, that raise urate levels result in improved outcomes, such as better quality of life or longer lifespan. This trial is our first step in answering this question.

What is the overall impact of your research on the ALS field and how can it lead to potential ALS treatments?

If successful, this proof-of-mechanism trial will be followed by additional studies testing the efficacy of urate elevation in slowing down ALS disease progression. Urate elevation is a strategy that is also being pursued in another neurodegenerative disease (Parkinson’s disease) under the leadership of my mentor Dr. Michael Schwarzschild. Positive studies in ALS would contribute to the growing experience of the scientific community with this novel therapeutic.

What do you do for fun?

When I am not in the clinic or research lab, I spend time with my family. My husband and I lead a lively household with four fun kids (ages 4 through 14). Everyone in the family is a foodie, non-competitive athlete, Chicago Bears fan and experienced world-traveler.

Who are your heroes in real life?

I find inspiration from the extraordinary bravery, grace and passion with which many patients face ALS. The work leading to the clinical trial for which I got this award began a few years ago when I met *Mr. Patrick Flynn, who later died of ALS. He wanted to make an impact on ALS and connected me to the Salah Foundation, a private foundation that supports non-profit organizations. Since then, the Salah Foundation has partnered with us and funded ALS research. My heroes are individuals and Foundations that want to change the face of this illness.

*Patrick Flynn with Dr. Paganoni and his wife Karen are pictured above in the featured image.