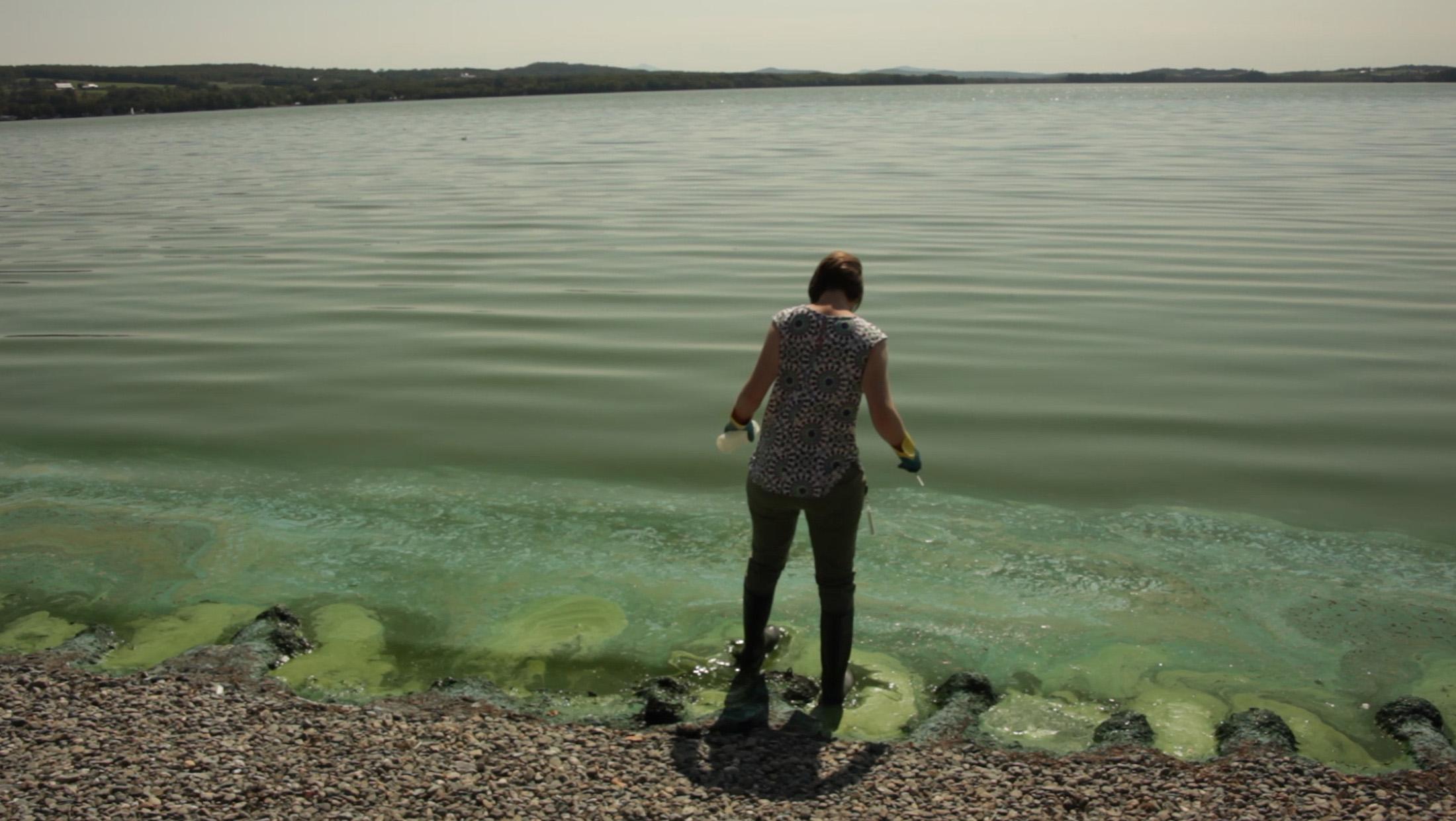 Jackie Heltz is a producer, filmmaker, and writer with a passion for issue-driven documentaries. She is also a dedicated volunteer in the fight against ALS.

For most of my life, I considered myself part of what had been referred to as a FALS family. FALS, or familial ALS, is responsible for only about 10% of all cases of ALS but looms large for those who have received the sentence. As I understood it, there’s a 50% chance of inheriting that gene from a parent who has the mutation, which is no small calculation. And I thought I’d seen it play out in my own family tree.

Fast forward to the summer of 2016, after years of attending the Walk to Defeat ALS® and volunteer work with The ALS Association Northern New England Chapter, I was about a semester late in proposing a topic for my thesis documentary project that would at long last wrap up my M.A. in Media Studies. Our walk team, Team Give ‘Em Heltz, was hoping to take time away from the walk that year to recalibrate and enjoy some reprieve from the disease that had consumed so much of our lives. That is until my mother revealed some devastating news: her sister, Pat, had been diagnosed with ALS.

Pat was in no way related to the members of my father's family who had the disease. She had been living at the end of a secluded dirt road, alongside Lake Carmi and acres of green pastures in bucolic northern Vermont for ages. And my mother’s meticulous notes on the yellowed pages of family genealogy books confirmed there was no history of ALS on her side. I had to ask: what was happening to my family? And what common thread had landed them all on the wrong side of a devastating diagnosis?

As you might imagine, I came back for the Walk to Defeat ALS® that year to stand beside my parents, my aunt and my uncle at what would be her first and last walk. Since I knew I would be at the walk taking photos anyway, I decided to bring a handheld audio recorder for an assignment for radio class where I anticipated gathering a few interviews to create a short news recap style piece about the annual event. But the simple questions of “what brought you to the walk today?” and “how was the turnout?” quickly spiraled into something bigger and more formidable than I had ever imagined.

Vermont is a pretty inter-connected place; the six degrees of separation rule is alive and well. So, it was only a matter of time before I was introduced to Jim Glabicky, his partner Jo McKay, and their 5-year-old son, who were not only attending their first Walk to Defeat ALS that fall but had managed to rally together a mountain of fundraising in just a matter of weeks. Jim was clearly beloved and and lived up in Jay, VT with his family. He was friends with my cousin, both lovers of fresh powder and the great outdoors. Jo and Jim suspected that years working near the blue-green-algae-laden waters on Shelburne Point may be responsible for Jim’s 2015 ALS diagnosis as well as that of a former owner of the very same property. Two men spent their days by the lakeside on the same plot of land and were both diagnosed with ALS. Blue-green algae, also known as cyanobacteria, was the same kind of contaminate that had been the cause of ever-increasing closures of Lake Carmi in recent years.

A little more digging brought my father and I to our next, not-so-coincidental revelation. The area where my great grandmother and grandmother lived has since been classified as a level two Superfund site due to the so-called "toxic plume," a massive cocktail of harmful chemicals caused by poor waste management practices on the part of the Grumman Aerospace-Bethpage Facility Site. As a result, cases of cancer, Parkinson's Disease, and, yes, ALS skyrocketed in this small area.

In Northern New England, cyanobacteria, or blue-green algae, caused by an influx of phosphorus in water bodies may be the culprit. So, were the people living, working and recreating on and around bodies of water being exposed to cyanobacteria and developing sporadic cases of ALS? Maybe the FALS label didn’t quite express the full story behind my family’s experience with the disease after all.

The Association’s Northern New England chapter introduced me to the work of Dartmouth-Hitchcock Medical Center neurologist and leading researcher, Elijah J. Stommel, whose early research focused on a neurotoxin called BMAA found in cyanobacteria of cycad plants in Guam. More recently he had pivoted to BMAA in the water bodies in Vermont, Maine, and New Hampshire. Field research and lab work identified clusters, or higher than normal concentrations, of ALS diagnoses surrounding blue-green-algae-filled lakes across Northern New England and uncovered compelling evidence signaling possible environmental factors linked to the cause of ALS and other neurodegenerative diseases. 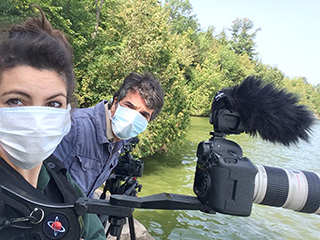 And just like that, I found my thesis documentary topic and spent the next year filming “Lake Effect" with my father. In that time, we spoke with neurologists, researchers, patients, family members, politicians, scientists, and farmers, shedding light on an all-encompassing public health issue and the distinct possibility that neurotoxins found in cyanobacteria cause ALS. Unfortunately, we also lost my aunt and Jim during that time.

The short documentary aired on a collection of PBS Stations and screened at a handful of festivals where we were able to have real conversations with audience members about the issue. The film was also shown at the Vermont State House, accompanied by a public forum and Q&A hosted by the lieutenant governor and the House Committee on Natural Resources, Fish and Wildlife. It was covered in the media, and I fulfilled my lifelong dream of being on Vermont Public Radio. And I even graduated.

The problem of cyanobacteria and the potential risks it poses did not happen overnight nor will it be solved as immediately. It requires the public to be informed, research to be funded, and legislation to be passed. “Lake Effect" hopes to bring the sheer severity of the problem of cyanobacteria to the forefront, give the sometimes seemingly abstract issue a face, and consequently, inspire changes in practice, policy, and research initiatives to improve quality of life for all residents of Northern New England sooner rather than later.

Special thanks to Jackie Heltz and the team at The ALS Association Northern New England Chapter for allowing us to share her inspiring story fighting for the ALS community. Her documentary, “Lake Effect,” can be viewed in its entirety here. To learn more about environmental factors linked to the cause of ALS, visit our website here.

Thank you for this amazing documentary and this research. My parents both died from ALS in just under 3 years of each other, in 2018 and 2021, with no familial history on either side. We make assumptions that it must be environmental.