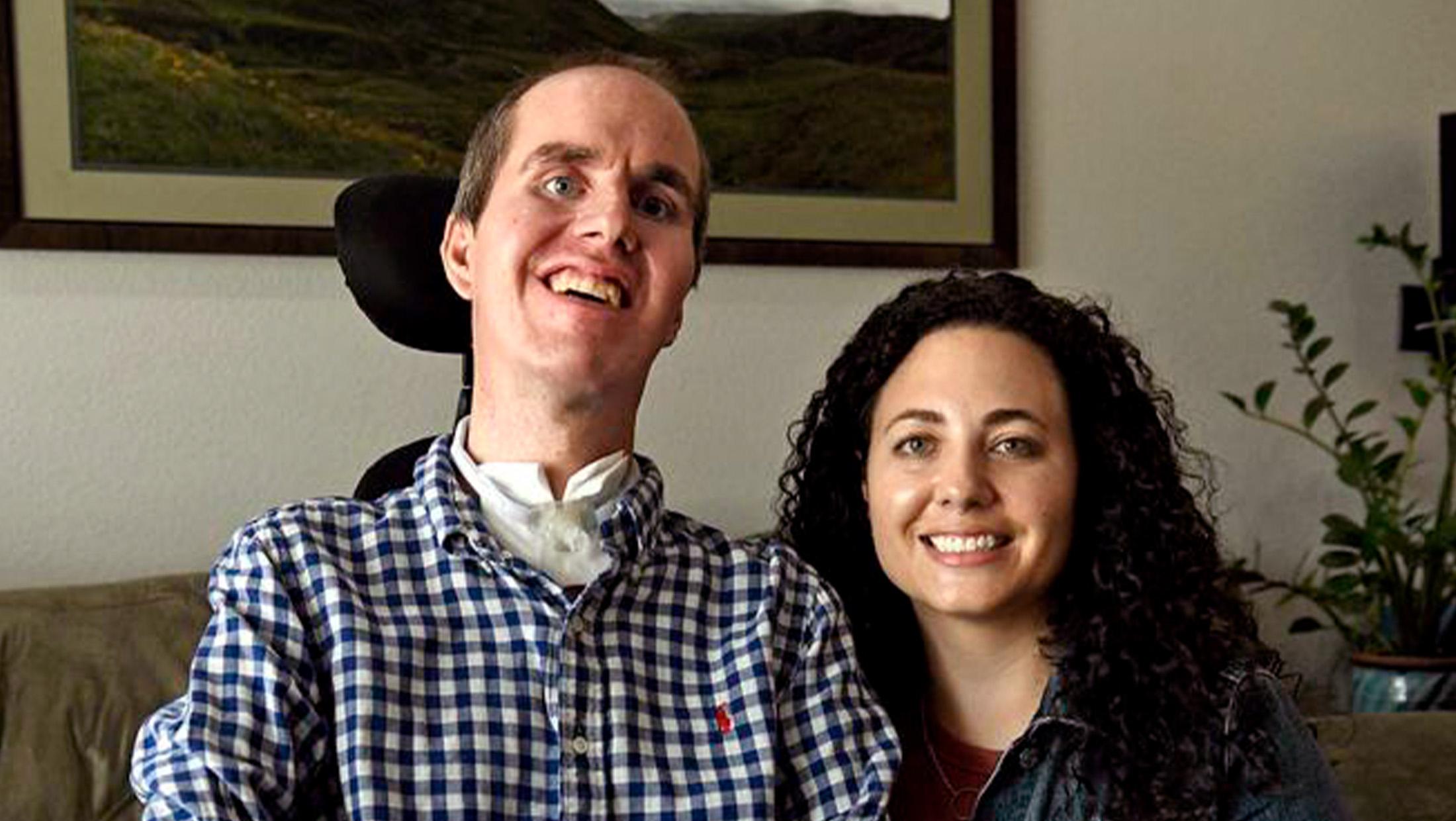 Jack Finlay was just 22 years old when he was diagnosed with ALS in 2010. Working toward his degree at the University of Montana, he vowed to not let the disease get in the way of achieving his dreams and living his best life.

On a pre-med track working toward his undergraduate degree in microbiology, Jack soon realized ALS would eventually limit the abilities he would need to be a doctor. But he decided he would not let his diagnosis deter him from pursuing a higher-level degree and decided he would follow his passion of studying math. “When I realized that because of my physical limitations I would no longer be a doctor, I switched to math full time,” he said. “I really grew to love the subject when I learned more theoretical math. I found I would have to get a Ph.D. if I really wanted to get into theoretical research.” So that’s what he set out to do. 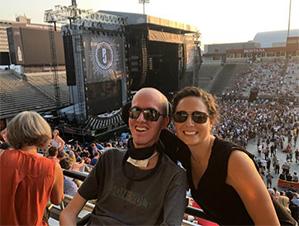 In 2016, Jack married Abby, his longtime friend and sweetheart of six years. “Abby and I met before I was diagnosed, although I was already having trouble walking when I met her,” he said. “We were friends for years while I was diagnosed before we started dating.” During a recent interview for his university’s newsletter, the couple shared an unbelievable, mind-blowing coincidence: Abby’s great grandfather was Dr. Harold Habein, the very doctor who diagnosed Lou Gehrig in the 1930’s. What are the odds?

As his ALS progressed, Jack became unable to physically attend classes in 2017. Thanks to the University of Montana’s Office of Disability Equity, Jack was provided with a remote controlled ‘V-Go robot’ allowing him to virtually continue his studies. Wheeled in by his instructor displaying Jack's smiling face on screen, Jack was able to maneuver the robot with the use of his eye-gaze computer, communicating through the machine with a built-in microphone, allowing him to participate in class as though he was attending in-person. Even hospitalized, Jack still attended class and took tests while lying in bed.

“I like to think of myself as normal,” Jack said. “I think it’s how I deal with ALS. I feel normal when I am held to the same standards.”

After 15 years of university education, Jack graduated with his doctorate in mathematical sciences on May 14, 2022 and is currently looking for actuary work or a career in probability. Upon his graduation, Mark Kayll, Jack’s professor, shared Jack’s inspiring story in the university’s newsletter. “Given the physical challenges imposed by ALS, how many of us would continue our mathematical careers with even a modicum of Jack’s commitment?” he wrote. “Try to imagine what it would take to complete a doctoral degree, start-to-finish, all the while coping with this progressively debilitating condition. I, personally, have found Jack Finlay’s determination, persistence, and love for mathematics to be deeply inspiring. So, I count myself lucky to know him.”

While ALS has taken away Jack’s ability to walk and talk, it has not taken away his ability to theorize. Jack’s mind becomes invigorated with the logic behind math, an algorithm that sparks his intellect with numbers, theory, and probability for as long as he lives. Jack noted that when he feels upset, math is a good reset of his emotions. “I would say I have had some of the best times of my life since I have been diagnosed, and I still find so much to enjoy in my life,” he said.

Special thanks to Jack Finlay and his family for allowing us to share his inspiring story of courage, determination and hope for people living with ALS.