Challenge Me to Revolutionize the Treatment of ALS 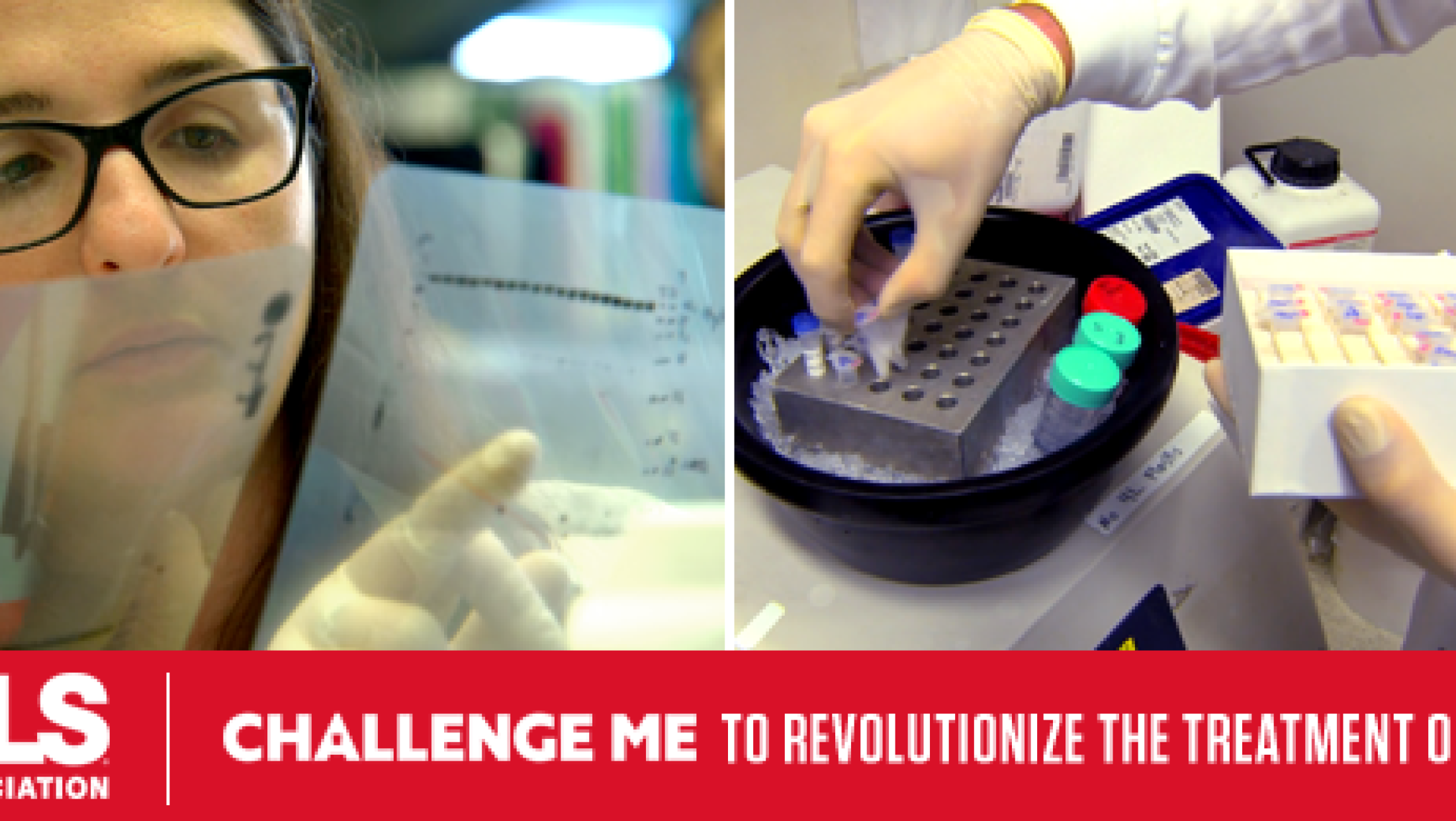 There was a lot of skepticism in the research community when we proposed development of designer DNA drugs as a way to treat ALS. This therapy is an approach that uses DNA-based designer drugs to "silence" genes that are known to cause a particular disease. The ALS Association was the first funding organization to invest in designer DNA technology research and development for therapy in neurodegenerative disease.

The ALS Association, from the beginning to the present, has been the boldest supporter of designer DNA drug technology and its support has been transformative for the development of promising new therapies. With ALS Ice Bucket Challenge donations, generated by people like you, the Association has been able to double down on its investment in designer DNA drugs. These include trials underway for the two most common genetic causes of ALS, mutation in the SOD1 or C9orf72 genes. Designer DNA drugs to silence either of those genes are now in clinical trials and we’re encouraged by the data gathered thus far. Ice Bucket support also enabled the identification of new gene targets that are affected in essentially all ALS patients and that are ideal targets for designer DNA drugs.

We are pleased that The ALS Association has directed ALS Ice Bucket Challenge funds to enable the kinds of approaches that could be truly field-redirecting. The Association’s dedicated support of designer DNA therapy is a great example of forward thinking.

There has never been a more encouraging environment to move forward with therapies like designer DNA drugs for people living with ALS.

The Challenge Me campaign picks up where the ALS Ice Bucket Challenge left off. This time, the ALS community is challenging everyone to do anything and everything they can to cure ALS. Click here to learn more.