ALS Reversals: What Are They and How Can We Make Them Happen More Often? 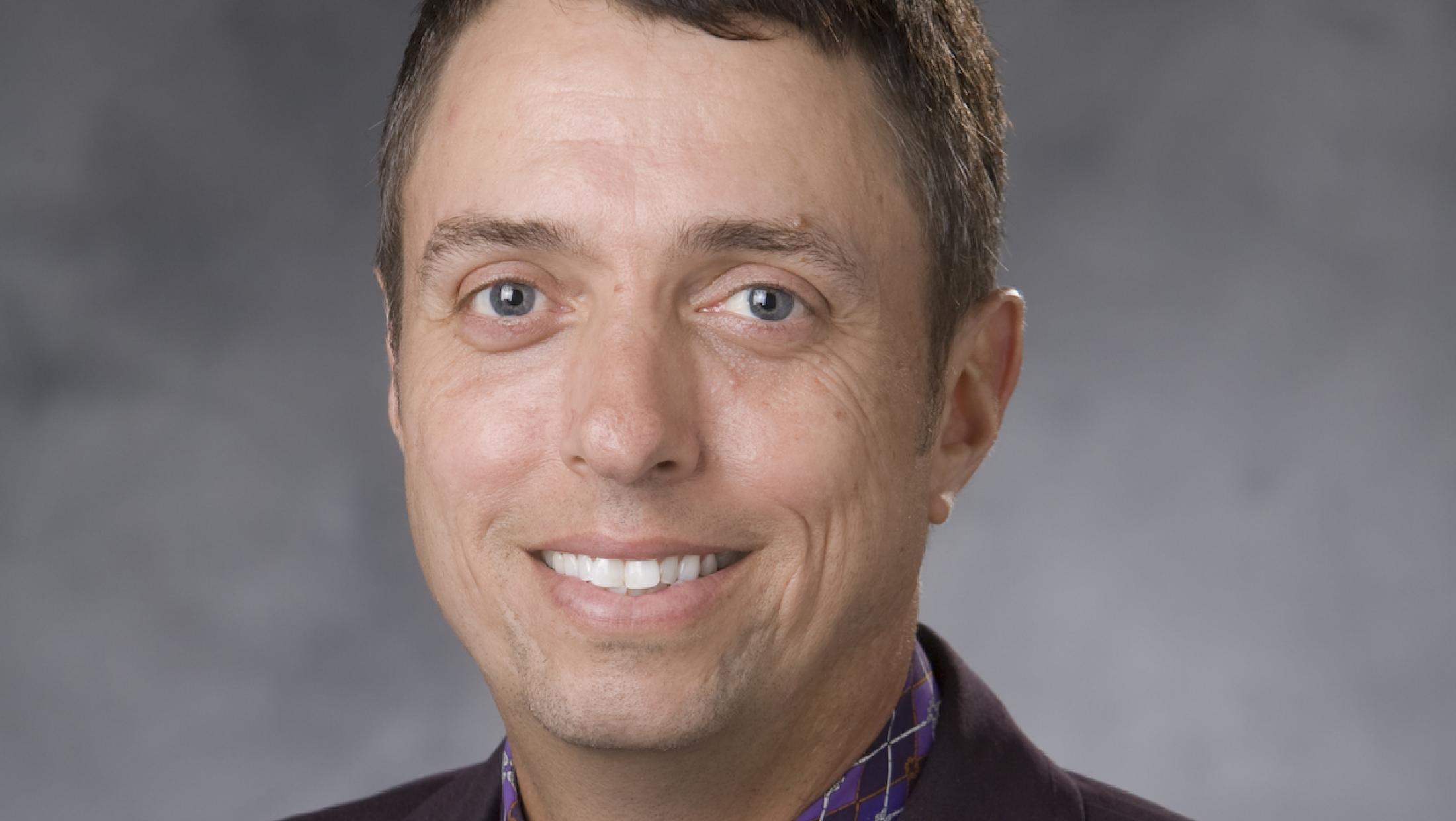 My name is Rick Bedlack. I am a neurologist at Duke University in Durham North Carolina, and I started the Duke ALS Clinic 16 years ago. I am working to empower people with this disease to live longer and better lives and to have a greater role in research. I currently run the ALSUntangled Program (www.alsuntangled.org) and The Northeast ALS Consortium (NEALS) ALS Clinical Research Learning Institute. This is the story of a new program I recently started called ALS Reversals.

ALS is a degenerative disease of motor neurons, typically characterized by progressive muscle weakness, increasing disability, and shortened survivals. It is widely recognized that ALS progression can be variable. It can be variable between patients, with some folks progressing much more slowly than others. It can also be variable within a given patient, with periods where the disease seems to speed up or slow down for a while. Less appreciated is the fact that ALS progression can stop (plateau) or even reverse with significant recovery of lost motor functions.

I encountered my first ALS reversal in July 2011, more than a decade into my career in ALS, while leading an ALSUntangled review of Dean Kraft, an energy healer. On Kraft’s website was a video about a person named Nelda Buss, who was reported to have been diagnosed with ALS at a top hospital and progressed to where she had lost nearly all movement and was near death. After two years of Kraft’s treatments, she was said to have recovered most or all of her motor function. I was skeptical. Nonetheless, I followed the ALSUntangled standard operating protocol and investigated. Eventually, I found Nelda Buss through social networking. I got her medical records and saw that her ALS diagnosis was sound, and had been confirmed by a trusted colleague at an excellent ALS center. She really did progress to having no strength at all in her arms and legs. Two years later she had recovered to where she was able to walk and use her arms normally. You can read more about this ALSUntangled review here.

Since then, I have found 22 additional “ALS reversals.” Some of these were in old papers, some I found while conducting newer ALSUntangled reviews, one was in a clinical trial and two were my own patients. To me, these cases seemed important enough to focus further research on. I even found a precedent for such work: a study of HIV elite controllers [people who are infected with the HIV virus but never get sick] showed that many of them have the same genetic abnormality, which explains their resistance and helped researchers create a new drug that works for everyone with HIV.

I hypothesized that there were 3 possible explanations for ALS reversals:

I designed two new programs called Replication of ALS Reversals (ROAR) and Study of ALS Reversals (StAR) to help me work through these hypotheses and was fortunate to receive start-up funding for these from the LVH ALS Foundation.

In my ROAR program, I am testing the exact same treatments that folks with reversals tried in several more patients. In addition to energy healing, some of the other treatments associated with ALS reversals include Lunasin, Protandim, Aimspro, and bone marrow-derived stem cells through Brainstorm Cell, and embryonic stem cells through Neuraltus. There will be several novel patient-centric features of the trials in this ROAR Program, including:

The first ROAR trial of Lunasin is underway; all 50 available spots have already been promised but we have published the protocol online, so that folks who want to try Lunasin on their own can use the exact same products and dosages as we are, and even follow their outcome measures and post them on PatientsLikeMe.

In my StAR program, I will be looking for obscure ALS mimics in people with reversals, and will be comparing their genes to people whose ALS does not reverse. The first thing this program needed to do was come up with ways to objectively define ALS reversals, and to find more of them. Last year, I worked with colleagues at Massachusetts General Hospital (MGH) and PatientsLikeMe to look for people with reversals in a large database called PRO-ACT. Our study showed that ALS plateaus and small brief reversals are not uncommon. On the other hand, large reversals lasting a long time are rare; less than 1% of more than 1000 eligible PRO-ACT participants had an ALS Functional Rating Scale-Revised (ALSFRS-R) improvement of at least four points lasting at least a year. This study taught us a lot about the natural history ALS, including what might be meaningfully different and thus worth further investigation.

Unfortunately, all of the participants in PRO-ACT were “de-identified,” so we do not know who they are and thus have no way to contact or further study any of them. I am currently working with a company called Origent Data Sciences, Inc. to define something called “ALS resistance.” This definition would encompass patients who have very long plateaus (like Stephen Hawking), or large, sustained periods of reversal. We think we might have found a way to identify “ALS resistant” patients in real time, which would allow us to find more of them and invite them into the StAR Program. Stay tuned for more on this exciting work later this year.

If you have been diagnosed with ALS, have experienced a marked improvement in motor function, and are willing to participate in our StAR Program, please contact us through our website at www.alsreversals.org.

I would like to learn about it and participate in trial as been recently told have pre/probable ALS.

So sorry about your possible diagnosis. You can find more information about clinical trials at https://www.als.org/research/clinical-trials-for-patients.

I would like to meet Dr. Bedlac and get in some of these trials for ALS Reversals even go to duke university where he studies and does these trials for ALS I have not progressed very much I have limb onset I’m only on my medication rilotek I was on one clinical trial but didn’t do anything I’m looking at reversals now and I want to know what I can do to get one of his trials I’ve had symptoms since 2018

My husband was diagnosed with ALS March, 2021. We would like to do everything possible to get into reversal. Please advise. Thank you.

Hi Rudy. Our hearts go out to you and your wife. Your local ALS Association chapter can provide information, resources and support. Find their contact information at als.org/chapters.

I have ALS and would like more information on ALS reversal..

I am interested to know if there is anything the people with ALS reversals had in common.

I was diagnosed August 27, 2020 through an EMG Test. My then Neurologist had spent a couple of years diagnosing my dysarthria. I now attend the ALS Clinic at IU-MED in Indianapolis. Speech is very difficult and I'm having trouble walking. Upper body strength is being affected now. I'm willing to be in a Trial. I'm currently taking several supplements.

I was diagnosed with ALS on 5/24/2022 According to the neuromuscular she said no one knows where this disease comes from. I would love information on what can I do to reverse ALS and I know it’s not impossible because nothing is impossible for God. Thank You Madeline Rivera. I will beat this hopefully with your help.

My brother is diagnosed with ASL, need best treatment for ASL reversal

Hello . This is shrejal here . My father got ALS in starting 2021 , and he has problem in speaking and walking . Is there any thing I can do for him to stop the progession or reverse.

Thank you for all you do with this ALS reversal study. It's a very discouraging disease. My husband was recently diagnosed with ALS. He is 51 and has been given one year. We are desperately trying to find ANY way to keep him here longer. We look forward to hearing from you and are anxious to try anything that will help him.

I was diagnosed in May 2022, onset of symptom[s] was 2nd week of October 2021 with progressive loss of voice, chewing and swallowing difficulties. Slurred speech with nasaly sound. After 2 scopings by an ENT, one threw the neurological possiblity. Only other symptom is visible epidermal muscle twitches, like a muslce spasm, but not an appendage shake. 66 years old and in very good shape. Dr. James Caress from AHWFB was my doctor. I'm just not ready to grab a pillow and slip into the afterlife. Need some hope.

I was diagnosed in 2019. First symptoms in 2018: dyspnea. Walking got difficult 2 years ago and now use a rollator. Hands weak. Live in Crete, Greece. What supplements can I try to on the basis of what we know of ALS reversals? Thank you.”

I was diagnosed November 2021. I believe ALS is a disease of absorption. I have tried different supplements which work for about 5 days. I feel stronger more energetic those days, then back to square one. Any suggestions?