Skip to main content
The ALS Association
2022: A Year in Review
Image 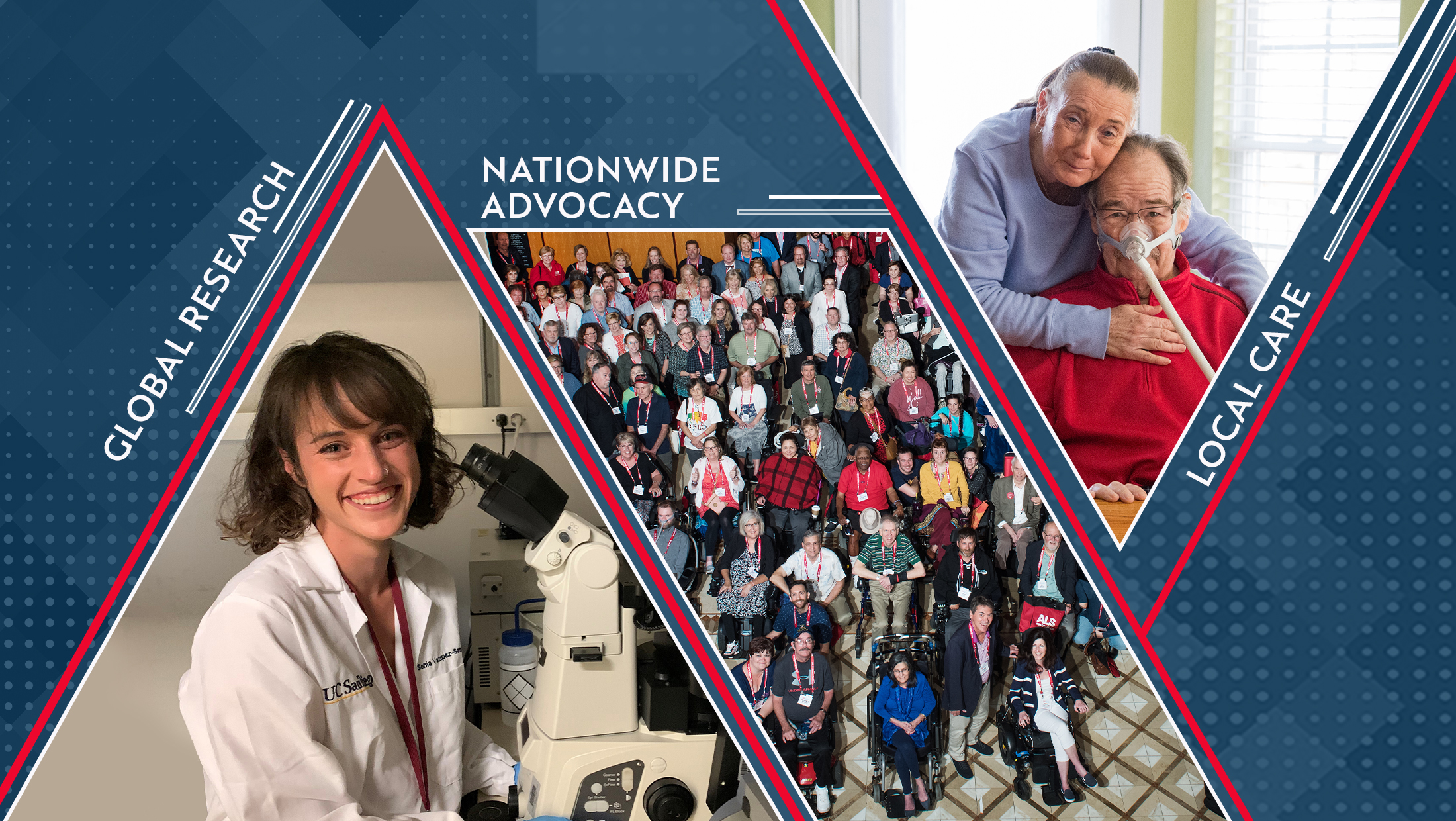 It’s going to take all of us, working together, to make ALS a livable disease until a cure is found. It’s going to take researchers, clinicians, and scientists across the globe, urgently collaborating to find new treatments and cures.

It’s going to take people living with ALS, their caregivers, family members and loved ones across the country, impassioned to pursue public policies that ensure ALL people with ALS have access to effective treatments and care.

Which is why this was such an amazing year for the community. When Relyvrio became the first treatment for ALS developed with funding from the ALS Ice Bucket Challenge, it demonstrated the power of one community, working together to create a world without ALS – funding promising ideas, supporting clinical trials and pushing policymakers to act with urgency to make treatments that are safe and effective available for people with ALS.

But there is more work to do. And it’s going to take people like you, joining us in the fight, helping to empower people with ALS to live their lives as they want and eliminate or reduce the physical, emotional, and financial burdens of living with this disease.

The ALS Association is committed in our mission to accelerate global research, nationally and locally advocate for laws and policies that affect the ALS community and provide critical local care to ALL people living with this disease.

Together, we WILL end ALS.

In December, we hosted leaders in the fight against ALS from around the world at the International Alliance of ALS/MND Associations meeting and the Allied Professionals Forum. Hundreds of researchers, healthcare professionals, clinicians and people with ALS/MND from all over the globe attended either in person or online to hear discussions on progress being made in the worldwide fight to make ALS a livable disease while accelerating the fight for a cure. These presentations included:

You can hear more from this event on our weeklong special podcast series on ConnectingALS.org.

As the largest philanthropic funder of ALS research in the world, we rely on your generous support to continue to fund the search for effective treatments and a cure. As of November 1, 2022, we have 121 active projects in 12 countries (including the United States) with $44 million currently committed to research.

This past year, we saw significant advances in access to treatments.

The search for effective treatments and a cure did not stop there. Grants awarded this year included:

In addition to directly funding ALS research, our 2022 advocacy efforts resulted in additional federal funding and support for ALS research.

To continue to follow the latest news and updates on ALS research around the world, sign up to receive our monthly online newsletter, Research Matters.

Advocates from across the country are pivotal to pursuing public policies that are key to making ALS a livable disease. This year we empowered people living with ALS, their families and communities to deliver more than 16,000 messages to policymakers and hosted more than 500 virtual meetings with lawmakers.

In fact, the approval of AMX0035, now known as Relyvrio, is a testament to the tenacity of advocates in the ALS community.

But our advocacy efforts didn’t stop there.

Together, we have been building a streamlined and impactful state strategy that amplifies advocate voices and drives meaningful change across the Statehouses to make ALS a livable disease by 2030.

In 2022, we took action on 40 bills (14 of which passed), held meetings with state regulators, and successfully advocated for the passage of a ballot measure. More than 175 key stakeholder interactions were logged and planning for 2023 state action days are underway.

With the input of the local staff, and through intentional listening efforts, we’ve crafted a unified state policy agenda – with the top three priorities aligning with federal priorities. We’re heading into 2023 with three policy priorities at top of mind:

Additionally, the team has spent the latter half of 2022 identifying and securing collateral needed to drive our policy priorities forward in the new year. This includes the development of a state policy and advocacy website which goes live at the end of the month! This page will host an interactive map with state profiles (including easy to download PDFs), our State Policy Agenda, and the ALS Advocate Story Share – where advocates can video record or upload audio / written stories about their experiences as advocates or personal stories that will move policymakers on issues like access to medications, Medigap plans, harmful prior authorization delays to medically necessary items like ventilators, and more.

The success of the Association’s Care Services program relies on a competent, compassionate, and committed team. We work in communities across the country as one team to optimize care and to make sure everyone with ALS has access to the health care they need so they can live a higher quality of life.

Ensuring ALL people living with ALS have access to critical multidisciplinary care remains an Association priority.

We continued to find and enhance ways to deliver critical resources to educate and support the ALS community.

The teams of professionals who make up our nationwide network of local care work hard to fulfill the Association’s mission in the communities they serve. By expanding care programs and services, advocating for state-wide policy changes, and broadening the scope of community events, these teams go above and beyond to cultivate connection and belonging, providing a better quality of life for families impacted by ALS.

Sharing stories from the ALS community is key to creating awareness and a deeper understanding about the impact ALS has on families and generating the support necessary to fight the disease. Over the past year we have produced new PSAs and shared more than 50 stories and profiles online from many of the families we serve who choose to share their personal thoughts and experiences with their ALS journeys.

Receiving more than 135,000 views to date, these PSAs continue to air in markets across the country.

This series has reached more than 100,000 people to date on our social media channels and continues to capture the hearts of the ALS community.

To continue to follow stories about people living with ALS in the community and learn more about the disease, subscribe to receive our weekly blogs in your inbox HERE or follow us on our social media channels to learn more.

As 2022 comes to a close, we recognize none of these advancements would have been possible without the ongoing generosity and support of the ALS community: our families and friends, volunteers, partners, sponsors and donors.

Thank you for helping us change the future of ALS.

To learn more about the work of The ALS Association and how you can get involved today, visit als.org.